LINCOLN, Neb. – Private landowners have until June 15 to enroll their land in the Open Fields and Waters (OFW) Program. Through OFW, landowners can earn additional income for allowing walk-in hunting, trapping and/or fishing access on their properties.

John Laux, Upland Habitat and Access Coordinator for Nebraska Game and Parks, said OFW is a win-win for both private landowners and hunters.

“Participating landowners benefit from the extra income and our hunters and anglers (who help fund the program) have more places to go,” he said.

With over 97 percent of Nebraska’s land-base in private ownership, obtaining access to private lands continues to be one of the biggest challenges facing today’s hunters and anglers.

In addition to receiving annual, per-acre payments, participating landowners are also afforded protection from liability under the Nebraska Recreation Liability Act. Payment rates vary from 50 cents to $15 per acre, depending on habitat type and property location. Game and Parks biologists post boundary signs, and enrolled properties are published annually in the Nebraska Public Access Atlas, which is available at OutdoorNebraska.org/PublicAccessAtlas/.

The post Landowners have until June 15 to enroll in Open Fields and Waters appeared first on NEBRASKALand Magazine.

DONIPHAN, Neb. – Thursday’s opening day of the 49th Cornhusker Trapshoot came down to a duel between two Li... 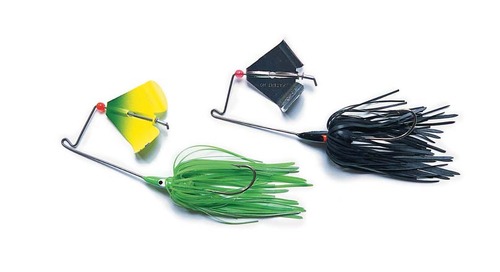 Lure of the Year – Buzzbaits

Find out why you should be using buzzbaits this year. Sometime last spring I had a conversation with longti...