Introducing the Birds of Nebraska – Online

I am excited to announce the creation of a new website called the Birds of Nebraska – Online (www.birdsofnebraska.org).  The website has actually been around for a couple of months as it was being built.  Even though improvements, updates and additions will continue to be made, it is essentially completed.

So what is the Birds of Nebraska – Online?

The Birds of Nebraska – Online is simply a state bird reference, a resource that summarizes the status, distribution and temporal occurrence of all birds species that occur or have been reported in the state.  It was authored by Ross Silcock and yours truly (Joel Jorgensen) and we’ve been working on the content for the past few years.  Traditionally, these types of references were published as books.  This is interesting since the Birds of Nebraska – Online is a complete revision of the Birds of Nebraska: Their Distribution and Temporal Occurrence, which was authored by Ross and I along with the late Roger S. Sharpe and published as a book by the University of Nebraska Press in 2001.

Since the  Birds of Nebraska – Online is essentially a book turned into a website, it has similarities and differences to a book.  The content is the same, but the format is different.  There are pages that provide introductory information describing the study area (Nebraska) and the general approach we undertook in collecting and summarizing the information.  The majority of the website is dedicated to species accounts.  Each species account, and there are 512 of them, provides an in-depth overview of individual species’ status, distribution and temporal occurrence in Nebraska.  General status is provided at the very top of each species account, with more information summarized under individual seasons (e.g., spring, fall, winter).  For regularly occurring species, an easy-to-interpret map is provided and at least one photo is shown for nearly all species.  One of the great advantages of a website over a hard-copy publication is that we can update the website regularly, which we have already been doing and plan to continue to do in the future.  This is especially positive since bird distribution and occurrence is always changing.

Rather than me explaining any more about the Birds of Nebraska – Online, it would just make sense for you to check it out on your own.   Again, that URL is www.birdsofnebraska.org.   Visit often and bookmark it!

The post Introducing the Birds of Nebraska – Online appeared first on NEBRASKALand Magazine. 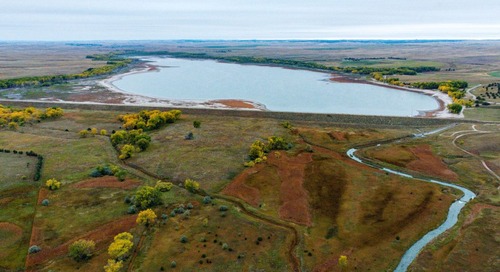 Sometimes news releases just get lost in all the other news and noise.  So, yes, I like to repeat these, be...