Sometimes news releases just get lost in all the other news and noise.  So, yes, I like to repeat these, believe it helps “spread the word”.

Nebraska Game and Parks Commission employees closed the old boat ramp and adjacent parking area July 24 and began diverting boaters to a new temporary “primitive” boat ramp just to the west. Demolition of the old ramp is expected to begin immediately and the area is closed for safety.

Steve Satra, Nebraska Game and Parks Commission program specialist, said the new handicapped-accessible launch will be a big improvement over the old one. The ramp will be expanded from one lane to two 16-foot-wide ones and will have a dock in the middle that will adjust to changing water levels. Also, a slightly steeper grade will mean boaters will not have to drive as far into the water to launch their boats. The parking area near the ramp also will undergo an expansion and other improvements.

The project is scheduled for completion in late November. Despite the closure of the launch area, anglers may access the fish cleaning station by parking along the paved road just to the north.

The Commission is improving the launch during a period of lowered water elevations for dam repairs at the lake. The boat launch project is being completed with Commission’s capital improvement fund and matching revenue from the U.S. Coast Guard.

As many of you know, water levels at Box Butte Reservoir have been very low this summer as some repairs and maintenance are done on the dam.  That makes it the perfect time to do some boat ramp improvements as well!

Like any Nebraska reservoir, I would rather we did not have to see low water levels at Box Butte this year, any year, but it had to be done!  We are going to make the best of the situation, and again let me say that I believe the future is bright!  Box Butte is one of the waters where I caught some of my very first fish; I look forward to getting back out there and drying off a few more sometime! 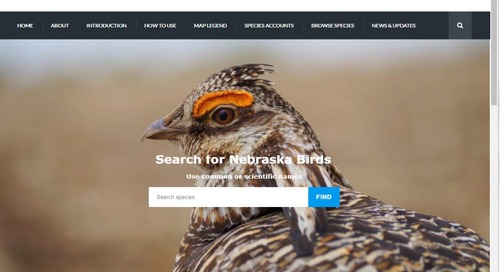 Introducing the Birds of Nebraska – Online

I am excited to announce the creation of a new website called the Birds of Nebraska – Online (www.birdsofne... 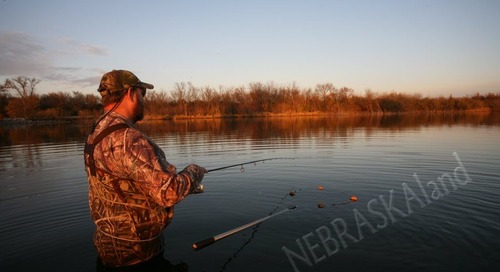 Mid-summer, hot days, sometimes the best thing a person can do is just get in the water and soak!  I found ...