Hlavac a veteran of 44 Cornhusker Trapshoots

DONIPHAN, Neb. – The Cornhusker Trapshoot is celebrating its 50th year in 2019. Les Hlavac has seen 44 of them.

That’s how long the Louisville resident has been bringing school shooters to the event. He’s current coach of the NV (Nemaha Valley) Trap Team, which includes students from six schools.

Hlavac, a former teacher at Nemaha Valley High School in Cook, coached one shooter at his first Cornhusker, then 10 the next year, “then it just grew.”

Why does he still do it?

“It’s the kids,” Hlavac said Friday. “You get them out there and maybe they’re not experienced or maybe they’ve shot a few off a hand trap. They break their first few targets and they get a big grin. It’s just sensational.”

Hlavac said the shooters keep him young. “It’s just fun to work with the kids. It’s a universal sport. Anyone can participate and you can do it when you’re 90 years old. That’s what makes it neat.”

Still a competitive shooter, Hlavac plans to stay involved with trap as long as he can. He won his first event at age 6. His prize: a live turkey.

In Friday’s high school 16-yard competition, Dillon Ryan of Omaha Skutt won the individual title after breaking all 75 targets and then overcoming seven other shooters in a shoot-off. Payton DeTavernier of Papillion-La Vista was second and Dagen Voightman of Louisville was third.

Saturday’s scores in the 75 handicap targets will be combined with Friday’s scores to determine the overall champion, the Cornhusker Cup winner.

Friday’s results in the 16-yard competition are:

The post Hlavac a veteran of 44 Cornhusker Trapshoots appeared first on Nebraskaland Magazine. 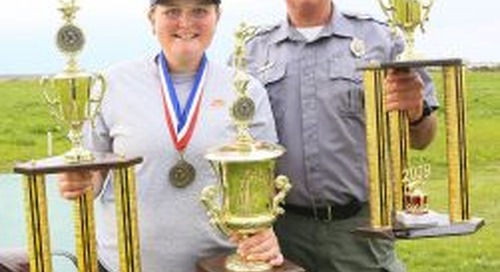 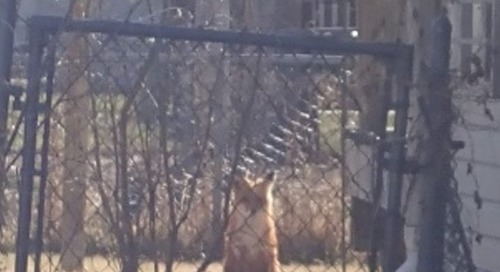 My standard greeting for a new dog I encounter is to hold out my hand and say, “Hi, Puppy!”  I do not know ...