LINCOLN, Neb. – Gov. Pete Ricketts celebrated Nebraska Bird Month with a group of 5-year-olds from Trinity Infant and Child Care Center in Lincoln on Tuesday, May 30.

On a sunny morning, Gov. Ricketts led about 20 students on a walk in which they looked for and identified birds. Following the bird watching event, he read a book about birds to the students.

“Spending time in nature is great way to get young children to ask questions and think critically,” said Lindsay Rogers, an outdoor education specialist with the Nebraska Game and Parks Commission and the coordinator of the event. “Furthermore, instilling an interest in and appreciation for nature in young children is crucial to developing citizens who care about the environment and wildlife conservation.”

International Migratory Bird Day has been celebrated on the second Saturday of May since 1993. In Nebraska, birds are celebrated throughout the entire month. Earlier in May, Gov. Ricketts signed a proclamation declaring May Nebraska Bird Month. Tuesday morning’s event was one of dozens of birding events held across the state throughout the month of May with the goal of helping the public learn about the many species of birds that can be found in Nebraska. 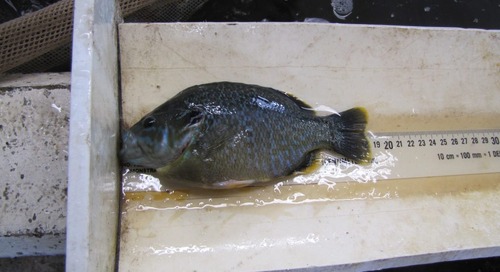 I got out of the office one day last week to assist with some fish stockings.  Here was the news release fr...