Are hunting dogs different than other dogs when it comes to noise? “Look out – it’s going to hit her in the face!” my older brother would say.

The Brittany spaniel’s name was Tammy, and she was my dad’s dog, his hunting dog. Her favorite time of year was late June and early July when they started selling fireworks in Lincoln. Smoking cap sticks, ladyfingers, black cats, and her favorite – exploding pop-bottle rockets.

She would stand over the bottle waiting for us to light the fuse – you would swear her nose was going to be hit when the rocket shot up out of the bottle. Then she would look up into the air, jumping and barking as she anticipated the report. She did not like duds.

That was a long time ago, when we were young and my dad was hunting with her. But since then I’ve always wondered if other hunting dogs acted like that?

Hunting dogs back then were, well – hunting dogs. We were not allowed to bring her into the house, especially in the winter. “It’s not good for them,” Dad would say. “She’ll warm up and then have to go back outside in the cold.”

During those same years, my grandfather, who lived in Fairbury, had a neighbor a couple of houses down whose hunting dogs were kept in a kennel. One day, we went to pet one and the owner came out and yelled, “Hey, don’t pet those dogs – you’ll spoil them!”

I’m trying to remember if people had dogs back then that were just pets, available to actually play with. Of course, they did, right? Our neighbors had two dachshunds that couldn’t hunt, no less catch a bunny in the backyard. I’m sure someone petted them every once in a while. Or maybe even shot fireworks around them.

Fast forward 45 years. Now, we have two dogs, both terriers: a Westie and a Cairn.

And they hate fireworks.

It seems they didn’t mind them some years back as much. I remember my wife and I would take them for a walk in the neighborhood toward evening during this time of year and they would look around, but not seem so scared.

Could it have been my neighbor up the street that puts on his own private $5,000 display each year that shakes our windows and sounds like we are being bombed in London during WWII?

Now I have to get tranquilizers from the vet each year for them and we have the great pleasure of seeing their third eyelid, the nictitating membrane (see the ????? ???? issue of NEBRASKAland) come out of the corner of their eyes.

Oh, and their bladders must get super-sized because they are too scared to even go outside to relieve themselves. One year we even drove them out to Pioneer’s Park thinking they would “go” as there would not be as much noise. There was less popping, and we saw others with their dogs there doing the same thing.

So is there a fundamental difference between dogs that are accustomed to loud popping noises – like the sound of shotguns their owners shoot over their heads? Or do some dogs simply change over time?

I don’t imagine my dogs changing anytime soon. I think they’re simply doomed to be afraid of firework noises – even though they bark between 80 and 90 decibels themselves when a squirrel farts in the backyard?

Maybe if we put them outside like hunting dogs of my dad’s generation, things would be different…

Nah. Why would I want to do that? 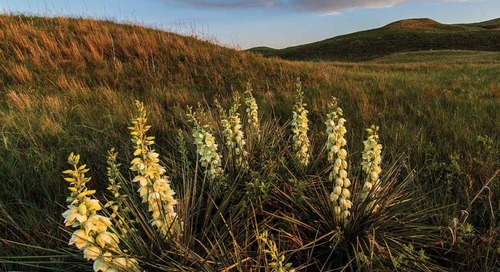 Summer Wildflowers of the Sandhills

Blooms on the Dunes From many Sandhills dune tops, one can see prairie stretching to the horizons. North Am... 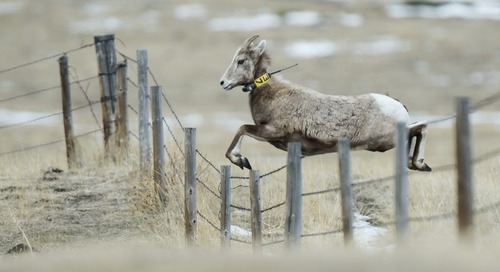