GERING, Neb. – A traveling photography exhibit by renowned nature photographer Michael Forsberg of Lincoln is on display at the Wildcat Hills Nature Center at Wildcat Hills State Recreation Area through Aug. 20. Forsberg will greet the public during a reception Thursday, June 27, at 6:30 p.m. in the center’s Ponderosa Room.

Forsberg’s imagery of wildlife and landscapes has long been revered for its contribution to conservation. His honors include the Ansel Adams Award for Conservation Photography from the Sierra Club and Environmental Impact Award from the North American Nature Photography Association, both in 2017. He is a contributing editor for Nebraskaland, and his imagery has appeared in National Geographic, Audubon, Nature Conservancy and Outdoor Photographer magazines. Twice, the U.S. Postal Service has selected one of his images to appear on stamps.

Forsberg’s exhibit at Wildcat Hills, which has also appeared at other venues throughout the Great Plains, consists of more than 20 prints of wildlife and landscapes with a heavy emphasis on the northern Great Plains. He describes it as an extension of his book, “Great Plains – America’s Lingering Wild,” that was published in 2010. The book is just one of his many conservation projects that have awed the public and enriched its understanding of conservation issues.

The Wildcat Hills Nature Center is open daily 8 a.m. to 5 p.m. The exhibit and reception is open to the public free of charge, but a Nebraska park entry permit, available for purchase at the center or online at outdoornebraska.org, is required for vehicles entering the park. 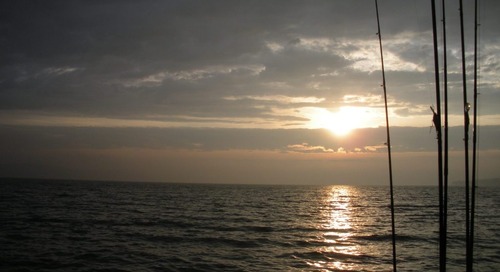 I will always tell you that May and June are two of the best months to fish open water in Nebraska.  It doe...