NORTH PLATTE, Neb. – A traveling photography exhibit by renowned nature photographer Michael Forsberg of Lincoln along with a documentary by Forsberg and filmmaker Peter Stegen called “Follow the Water” is on display at the Lake McConaughy Visitor and Water Interpretive Center from Nov. 15 through Feb. 2, 2020.

Forsberg’s imagery of wildlife and landscapes has long been revered for its contribution to conservation. His honors include the Ansel Adams Award for Conservation Photography from the Sierra Club and Environmental Impact Award from the North American Nature Photography Association, both in 2017. He is a contributing editor for Nebraskaland, and his imagery has appeared in National Geographic, Audubon, Nature Conservancy and Outdoor Photographer magazines. Twice, the U.S. Postal Service has selected one of his images to appear on stamps.

Forsberg’s exhibit has also appeared at other venues throughout the Great Plains and consists of more than 20 prints of wildlife and landscapes with a heavy emphasis on the northern Great Plains. He describes it as an extension of his book, “Great Plains – America’s Lingering Wild,” that was published in 2010. The book is just one of his many conservation projects that have awed the public and enriched its understanding of conservation issues.

“Follow the Water” is an exciting, environmental adventure story where Forsberg and Stegen share their insight of a mythical drop of water and its journey of 1,300 miles through three states. The documentary was produced by NET Television and aired across the country on PBS.

The Lake McConaughy Visitor and Water Interpretive Center is open daily 8 a.m. to 4 p.m. The center features a gift shop with Lake McConaughy gear, books about the Great Plains along with other holiday gift items. The exhibit and documentary is open to the public and free of charge. 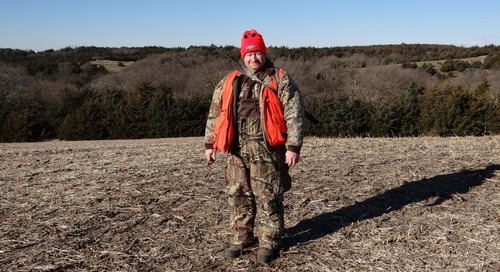