Finding Nature Under the Night Sky

What does nature mean to you? As a wildlife educator, I get to hear a variety of answers when I ask this question of both students and adults. For many, it means playing outside, climbing trees, looking for bugs and birds, or watching clouds float by. For others, nature is found when engaging with its bountiful resources through fishing or hunting, or getting our hands in the soil and planting our gardens. I find meaning in nature in many of these things and more, but for me, the most salient experience is the sense of joy, curiosity and wonder that I get. And I can’t think of a better way to experience these feelings than staring up in awe at the night sky.

The night sky is one of nature’s most valuable gifts. From its vast expanse of darkness, studded with brilliant shining stars, planets and distant galaxies, to the luminous phases of our own moon, the night sky has played important roles in the lives of both humans and animals throughout time. For humans, the night sky has inspired our stories, helped us navigate through the world, inspired how we understand and organize time and months, and has been at the center of incredible scientific discoveries. For many animals, nighttime has allowed them to survive and thrive in creative and incredible ways, too.

As a diurnal species, humans spend most of our waking hours active during the day in a world full of light and color. Because of this, humans and many other diurnal species rely heavily on our sense of sight. Our visual system, found in our eyes and brain, allows us to make sense of a this brightly colorful world. On the other hand, nocturnal animals spend most of their active waking hours under the cover of the night sky. Unlike humans or other diurnal species, nocturnal animals face a world of mostly darkness, with little available light and color. So how do they adapt to these nighttime challenges?

Whether you’re standing near a busy urban street, or in the middle of a bustling forest, as visual creatures we might be overwhelmed with all there is to see. But if you take a moment to close your eyes, you might be able to focus on another incredible sense — the world comes alive with sound. For nocturnal animals, having an evolved sense of hearing is one way to survive in a world of darkness. Owls, for example, have an incredible sense of hearing — one of the best of all species in the world.

Owls are raptors, or birds of prey, that mainly hunt at night. Although they’ve evolved larger eyes that help them absorb as much light as they can at night, owls rely mostly on their superior sense of hearing to find food, thanks to fascinating adaptations that allow them to capture and amplify sound waves found in the environment. If you’ve seen an owl before, you might have noticed its flatter, more concave-shaped face compared to other birds. Known as facial discs, the feathers around an owl’s face act like a satellite and help capture and direct sound waves to their ears. Owls also have much larger ear drums than other birds, which allow them to amplify the sound once it’s entered their ears. An owl’s sense of hearing can be up to 10 times more powerful than human hearing.

Another amazing nocturnal adaptation is the use of light to communicate. In a world of darkness, being able to create light can be a powerful advantage. This is the case for lightning bugs, also known as fireflies. If you’ve ever seen a field light up with what seems like magical, glowing orbs on a warm summer night in Nebraska, you’ve experienced this communication through light firsthand. Fireflies create light through a special chemical reaction in their abdomen. During summer months, male fireflies will flash intricate patterns of light as they “call” for females. Other species exhibit different “light languages” by flashing species-specific patterns of light.

Although the sun disappears at night, there is still light available from other celestial objects in the sky. When visible, the moon reflects the sun’s light across the landscape, sometimes so brightly you can see your own moon shadow. And even on moonless nights, the stars shine above us, offering points of light scattered across the sky. Some animals have evolved to use starlight to their advantage by relying on the positions of the stars as a guiding map above. Scientists have discovered that songbirds migrating great distances from wintering to summer habitats use nature’s star map as a way to navigate. Usually diurnal, songbirds take advantage of the dark night sky to avoid predators while traveling long distances during their fall and spring migrations.

Birds aren’t alone in their celestial navigation skills. Scientists have discovered many nocturnal insects also depend on starlight for their personal GPS system. Dung beetles, for example, were found to rely on their memory of mental images they take of the positions of stars when moving through their territory. By comparing the positions of stars from their mental “snapshots” of the sky, they are able to stay on course.

Because nocturnal animals have made their living by adapting to darkness and using the stars above, light pollution is becoming a problem. Although the invention of the electric light bulb has helped humans advance and live more comfortably, animals are being affected in an increasingly bright world. Light emission around the world has increased almost 50 percent over the last half century, and scientists are noticing disruption in the behaviors and migrations of many nocturnal animals across the globe. To help keep the night sky dark and full of visible stars, many cities are combating light pollution by working to decrease unnecessary artificial light at night. Some cities even participate in “Lights Out” efforts during peak songbird migration periods to help reduce challenges already faced by migrating birds around the world.

The night sky is a valuable resource, bringing shared heritage and benefits to living species around the world. And just like any other natural resource, it’s worth celebrating, protecting and conserving for future generations of humans and animals alike. What does nature mean to you? Although your answers might include many things under the sun, consider extending your definition to moments under the stars as well. Share the wonder and awe alongside the nocturnal creatures who find ways to survive and thrive under the night sky.  ■

The post Finding Nature Under the Night Sky appeared first on Nebraskaland Magazine.

Join in two opportunities to learn about and participate in the Norfolk-Madison County City Nature Challeng... 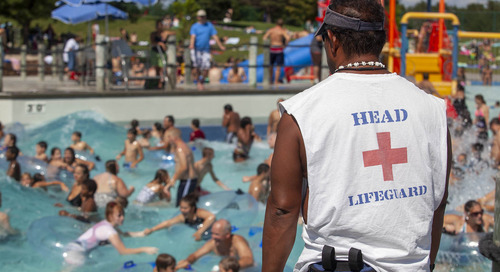 The Nebraska Game and Parks Commission is hiring immediately for seasonal jobs at its state park areas, inc...