The Cornell Lab of Ornithology in Ithaca, New York, developed the eBird platform to offer birders a way to store and organize birding media, species lists, counts for single birding events, and “life lists”— complete lists of every bird species seen by an individual — at county, state, national and global scales. Since the release of eBird in 2002, birders have contributed more than 60 million checklists containing over half a billion bird sightings. A team of scientists at the Cornell Lab used eBird observations from January 2006 – December 2020, along with data on habitat, weather and birder experience, to predict the relative abundance of a species in a given location for each week through the year. Recently, the Nebraska Game and Parks Commission used these data to estimate the migration chronology of ducks.

Hunter opportunity is one of the many considerations that go into developing waterfowl hunting season recommendations. For Nebraska waterfowl hunters, that largely means recommending hunting season dates that overlap with the highest concentrations of birds in the state. Although Game and Parks does not have a formal waterfowl survey during the fall, we were able to use eBird’s weekly relative abundance to estimate the migration chronology of ducks through Nebraska.

We used known life histories to group 13 of the most common duck species found in Nebraska.

At the statewide level, relative abundance of blue-winged teal and wood duck numbers show steep declines through October, with mallard numbers peaking in December. Weekly relative abundance for all species demonstrated two peaks in migration that predominately represented mallards and other dabbling ducks. We repeated this process to estimate the timing of autumn duck migration in each of the four duck hunting zones in Nebraska. Average migration chronology was one data stream used to inform waterfowl hunting season date recommendations to maximize opportunities for duck hunters.

Visit ebird.org to learn about collecting and reporting birding data and ebird.org/science/status-and-trends/ to learn more about how weekly relative abundance is estimated.  ■ 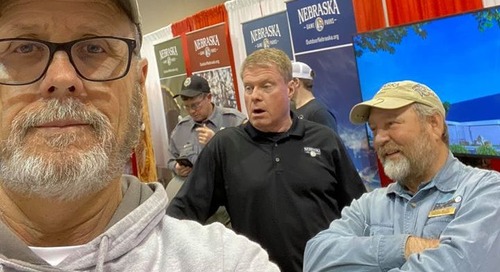 It used to be an annual event.  Every year about this time, I called it “sport show season”.  Then the stin... 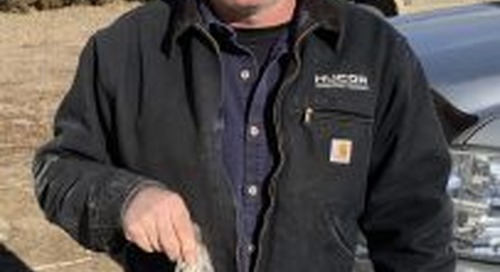 Hunters continued or started traditions with family and friends by participating in the Nebraska Upland and...