LINCOLN, Neb. – Water levels at Powder Creek Reservoir in Dixon County will begin to drop July 8 as the beginning of a project to restructure the lake’s fish population.

The fishery has been dominated by small panfish in recent years. A drawdown to reduce the lake volume by 40% will crowd predator and prey species. The desired effect is higher predation on panfish, a reduction in the panfish population, and, in the near future, faster growing and larger fish.

“In essence, this is an attempt to hit the reset button on the fishery,” said Jeff Schuckman, Northeast District fisheries manager for the Nebraska Game and Parks Commission. “Summer drawdowns are a proven fish management technique and have been utilized at nearby Buckskin Hills Lake with a positive result.”

Another product of the drawdown is the promotion of emergent vegetation growth along the lake edges, which should benefit the largemouth bass population.

The boat ramp likely will be unusable during the drawdown period. The lake will be allowed to refill in mid-September, and supplemental stocking of bass and walleye will take place in October.

LINCOLN, Neb. – Experience prairie wildlife and enjoy time together as a family at a bioblitz to be held Ju... 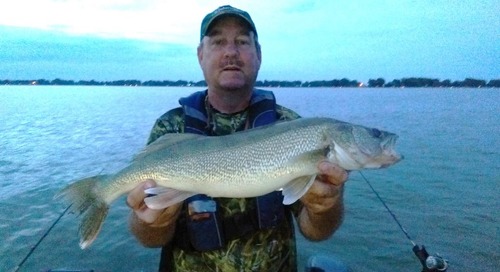 I usually post a water/boat safety reminder in the early spring when the water is cold.  I did not this spr...