Complicated Past, but a Bright Future

Despite its proximity to busy Highway 275 north of Scribner, Dead Timber State Recreation Area is hidden. Even its entrance, which faces a crop field on the other side, is unassuming and plain. The sign indicates that you’re in the right place, but you turn off the county road and wonder, “Is this it?”

From your vehicle, you wouldn’t be able to see that to the southwest, just beyond the stretch of mowed grass, past the pollinator garden — which grows tall and vibrant in summer — and down a gently curving path, you’d find an old, wooden bench. Step up closer and the ground gives way to a steep drop-off, opening up your field of view. Flooding has affected the SRA, clearly. But however overgrown and primitive, the verdant valley sprawls at your feet invitingly, the blue-green oxbow lake snaking among flood-afflicted terrain and timber below.

A beloved getaway for Dodge County locals, Dead Timber SRA was purchased by Game and Parks for $7,000 in 1938. Since then, the area has provided its dedicated visitors with decades of not only adventure and memories, but also peaceful seclusion.

Its landmark stone shelter — and likely the entrance pillars as well — was built in 1939 by the National Youth Association.

According to Scribner legend, the name “Dead Timber” comes from the Native Americans. Old-timers say that the Natives used the area as a seasonal camp, retreating behind the high bluffs near the Elkhorn River in winter and traveling down during the summer to camp near the oxbow lake. During one winter encampment, a fire got out of hand. It swept through the region, burning and killing much timber.

Despite the story behind Dead Timber’s name, the SRA has been historically more wet than dry. Some of the SRA sits upon a bluff overlooking the oxbow lakes, but a significant amount of the area is located within the Elkhorn River floodplain; in 21 of the past 80 years, the Elkhorn River has exceeded flood stage.

Those who know and use Dead Timber love it, but addressing infrastructure issues has been an ongoing frustration for both locals and Game and Parks staff. Constant bouts of high water trap the land in a state of constant flux, adding to the piling costs of repairing recurring damages.

For example, changes in the landscape could be seen by examining Google Earth images, showing how flooding was affecting the suspension bridge since the early 2000s, and how it got progressively worse. Built around 1939-1940, the bridge is a special place where countless visitors and their families have made memories. Sadly, the bridge is currently impassable.
Other amenities once located within the park’s low-lying areas, including a campground and the through-road between the river and oxbow lake, were removed in the late 1990s and early 2000s due to flood damage.

The catastrophic flood event of 2019 resulted in the SRA’s latest losses, washing out four of its primitive campsites and submerging the stone shelter house. Access to Dead Timber via Highway 275, which was heavily damaged by rushing water, was limited for months.

Despite years of degradation, dedicated visitors continue to make the most of their SRA. Visitors enthusiastically returned to Dead Timber when Highway 275 reopened in late summer 2019.
On a Saturday afternoon in late August of that year, campers, working around mud and standing water, resumed their usual activity — a couple cooked dinner around a campfire by the oxbow lake, an extended family engaged in friendly competition over a game of cornhole, a gathering of friends cheered on their favorite teams in front of an outdoor TV at their RV. These people have camped at Dead Timber before, many times, and they will return again and again. Although the general feeling was of gladness around the campground — of relief that their SRA was still there and that they were able to get in some camping before the end of summer — it was clear that improvements and changes were desperately wanting.

In response, Game and Parks is creating a plan to redevelop the flood-prone Dead Timber State Recreation Area. On March 23, 2021, Game and Parks offered a virtual public meeting via Zoom to open up comments and suggestions, which was attended by 170 people. The proposed redevelopment plan for Dead Timber would showcase the SRA’s natural features while addressing floodplain infrastructure, honoring the memories and traditions of area users, and providing new recreational opportunities. An online comment board also was offered through April 6.

Feedback received at the Zoom meeting and through the comment board will be beneficial in moving the redevelopment forward, said Michelle Stryker, Game and Parks’ planning and programming division administrator. The plan will be finalized by summer 2021 and extend for the next five years.

Dead Timber State Recreation Area is only one hour from Omaha. Whether you’re looking for a weekend getaway for camping, or a peaceful place to recreate for the day with family and friends, Dead Timber might surprise you, even in its current state. When looking to the future, talks of a possible kayak launch, a new nostalgic pedestrian bridge, more miles of trails, better fishing access and a nature play area are all things for visitors, old and new, to get excited about. ■

LINCOLN, Neb. — History, recreation and nature. You will find events that will let you enjoy them all in Ne... 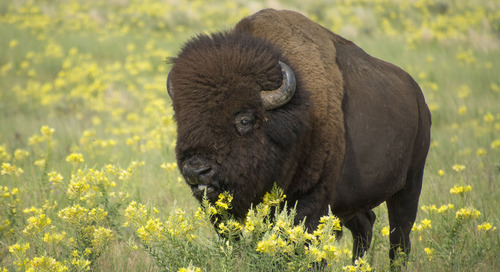 Part 3 of 3 Have you ever been frustrated because some parts of a photo are way too bright while others are...