Commission to Consider Some Fee Increases at Meeting in Broken Bow

The meeting will begin at 8 a.m. at the One Box Convention Center in the Cobblestone Inn and Suites, 2750 S. 27th Ave.

Fee increases will be considered for several permits, including hunting, big game, fishing, paddlefish and park, as well as for habitat, aquatic habitat and Nebraska migratory waterfowl stamps. Increases to some issuing and application fees also will be considered.

The commissioners also will consider recommendations:

— to redefine the process for obtaining a replacement park permit;

— to allow hunting in some state parks and state historical parks.

In addition, the commissioners will hear a preview of the Lake McConaughy/Lake Ogallala Master Plan and a recap of a recent public information meeting for the plan.

Also, Game and Parks staff will give a presentation on the new online interactive Missouri River Outdoor Recreation Access Guide, and the 2016 bighorn sheep lottery permit will be drawn at random.

A complete meeting agenda may be found at: OutdoorNebraska.gov/commissioners.

The post Commission to Consider Some Fee Increases at Meeting in Broken Bow appeared first on NEBRASKALand Magazine. 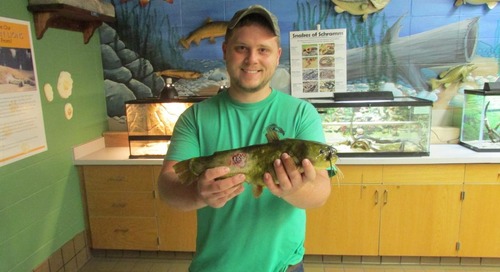 It has been a few months since I have given a state record update and there are a few applications sitting ...