LINCOLN, Neb. – The Nebraska Game and Parks Commission will consider recommendations for 2020 deer, antelope and elk hunting seasons when it meets May 8 in Lincoln.

A public hearing is scheduled at 9:15 a.m. Central Time for proposed amendments to Commission orders pertaining to season dates, bag limits, permit quantities and areas open for deer, antelope and elk hunting. While all interested persons may attend and testify orally at the public hearing, they are strongly encouraged to submit written testimony to Luke Meduna, the big game program manager (luke.meduna@nebraska.gov), prior to the public hearing in order to protect public health and assist in compliance with restrictions on public gatherings.

The following is a summary of the big game recommendations:

Deer – Many units have seen bag limit and permit quota changes to accomplish management goals and a few units will see a bonus antlerless white-tailed deer added to their regular and season choice permits.

Antelope – Most units are proposed to see an increase in permit quotas in response to population levels and social tolerances. Similar to the Landowner October Firearm bag limit change in 2019, the Landowner Late Doe/Fawn permits also will include a bonus doe/fawn tag to help landowners harvest more doe/fawn antelope on their land if they desire.

To view all of the big game recommendations, visit OutdoorNebraska.gov/regulations.

In other business, staff will recommend the commissioners approve waterfowl hunting boundary changes. Approved changes then would go on to the U.S. Fish and Wildlife Service for approval, and eventually could go into effect in the fall of 2021.

In addition, staff will present an update on mountain lion research, including a new population estimate, as well as a review of the 2020 mountain lion hunting season. 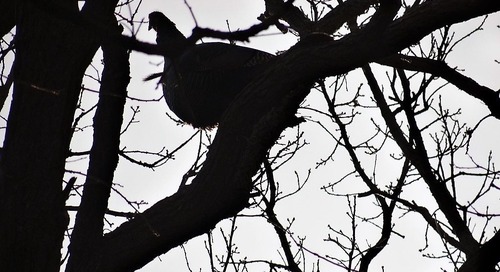 It is the primary reason I hunt wild turkeys in the spring. It invokes such strong feelings of excitement t...

LINCOLN, Neb. – The following is a listing of Nebraska Game and Parks Commission important dates in May. Ma...