LINCOLN, Neb. – Broodstock collected by the Nebraska Game and Parks Commission this spring will aid in the recovery of the endangered pallid sturgeon in the Missouri River.

Game and Parks and 166 volunteers collected 105 pallid sturgeon in a section of the Missouri from Plattsmouth to the south of Nebraska City in early April. Crews used 200-foot-long trotlines with 40 hooks per line baited with night crawlers. Nineteen sturgeon were shipped to Gavins Point National Fish Hatchery near Yankton, S.D., as potential broodfish.

Reproductively ready broodfish will be spawned in the hatchery. Their progeny then will be reared for up to a year before being stocked back into the Missouri River. This propagation and stocking strategy greatly increases the young pallid sturgeon likelihood of survival.

The pallid sturgeon is native to the Missouri and Mississippi river systems. It was federally listed as endangered in 1990 because of its population declines. Construction of mainstem dams and river channelization have led to destruction of spawning areas, blocking of migrations and reducing food availability.

In 10 years of collecting broodstock, 1,633 pallid sturgeon have been sampled. 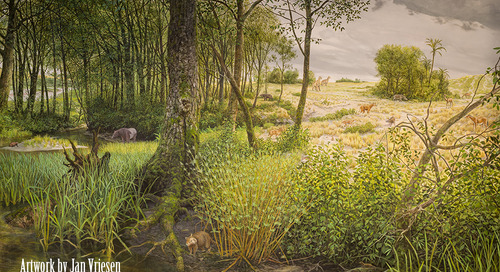 When out and about capturing photos and stories for NEBRASKAland and other Commission materials, my mind fr...