During this period, the Commission encourages watercraft users to watch for emerging obstructions in the lake and use special care launching boats.

U.S. Bureau of Reclamation officials said the reservoir will be limited to an elevation of 3,985 feet during construction, a point just below the 3,986 mark experienced during the 2012 drought.

In addition, the Mirage Flats Irrigation District plans to run water through canals and boost the region’s groundwater in October, an effort to address concerns of less water available for agriculture next year. Consequently the lake will be lowered to an elevation of 3,979 feet, six feet below toe drain construction level, and then recharged. That’s the lowest level allowed under provisions of an agreement between the irrigation district and the Game and Parks Commission. The lake’s elevation reached about 3,981 feet during the first week of October, nearly 12 feet lower than it was a year ago this month.

The toe drain is a perforated pipe running along the base of the dam to collect water seepage and move it downstream. Without toe drains, earthen dams run the risk of becoming weak from water saturation. This is the first time the drain has been replaced since the dam was constructed in the early 1940s. Paul Reed Construction was awarded the bid for the project and plans to stage equipment and make preparations at the site beginning this fall. Completion is scheduled for fall 2018. Water levels will be allowed to rise after construction, the rate of which will largely depend on the weather.

Some areas near the dam and the road crossing it may be subject to closure during periods of construction but public access will be maintained as much as possible. The Game and Parks Commission plans to capitalize on the lake’s low water levels and complete improvements on the boat launch facility. 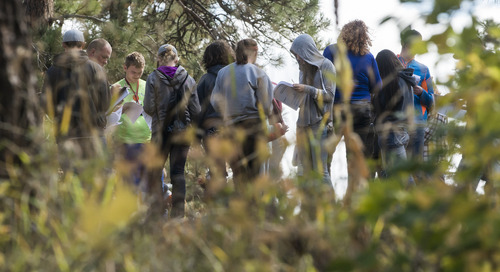 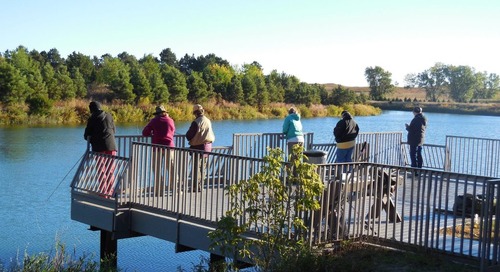 “Big, Big Weekend Out at the Lodge”!

Quick blog post just before I head out the door.  Got a big, long weekend ahead of me.  If you want an idea...