Bighorn sheep captured in the Panhandle

South Dakota State University joined the Nebraska Game and Parks Commission in capturing and processing a total of 48 sheep Monday and Tuesday — 22 in the Wildcat Hills near McGrew and 26 at three locations in the Pine Ridge near Chadron and Crawford.

Wildlife professionals have ramped up monitoring efforts in recent years to combat disease issues with Nebraska’s bighorn sheep, the most notable malady being Mycoplasma pneumonia. In addition to the sheep captured, processed and released, seven chronically ill ewes from the Pine Ridge were taken to South Dakota State University in Brookings for additional study.

The sheep that were released received new tracking collars and ear tags, in addition to undergoing a series of tissue samples and vaccinations. The ewes were not only fitted with new collars and tags, but also with vaginal implant transmitters. The latter devices, which have been used the past two years in the Pine Ridge, will help study lamb mortality.

The sheep were processed by a team of about 50 people, consisting of personnel from the Commission, South Dakota State University, Omaha’s Henry Doorly Zoo, the Lincoln Zoo, private veterinarians and the Alliance Animal Clinic. Chadron State College students also joined the effort in the Pine Ridge. Funding and support for the project has come through Pittman-Robertson Federal Aid grants, the Nebraska Big Game Society and local Wild Sheep Foundation chapters.

The helicopter crew has been contracted to stay in the Cornhusker State through the remainder of the week to capture mule deer for a study led by the University of Nebraska. Weather permitting, those captures will take place in the Frenchman deer management unit in southwestern Nebraska and the Pine Ridge unit of the northwest through the weekend. People may notice low-level helicopter activity and increased deer movement in those areas.

The post Bighorn sheep captured in the Panhandle appeared first on Nebraskaland Magazine. 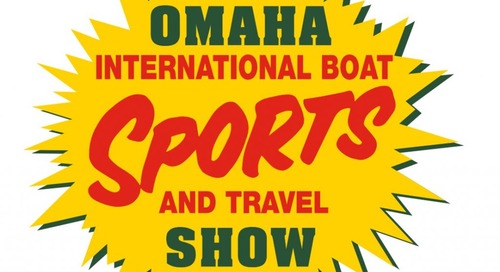 Gonna be ice-fishing for awhile yet, but to return to my “theme” from earlier this week. . . . It is certai...