Photographs after an ice storm.

I woke up on the morning of January 17 with a clear plan of attack. The biggest ice storm in a decade had ended the previous evening, and the forecast had correctly predicted clear skies and calm winds for the post-storm sunrise. Road crews had worked through the night, allowing me to slowly and carefully make my way across Aurora to a series of restored prairies along Lincoln Creek. It was going to be an epic morning for photography.

However, I didn’t anticipate how visually overwhelming the icy prairie was going to be when I arrived. As the sun peeked above the horizon, the entire prairie began to sparkle and glow, and I felt like a dog chasing handfuls of popcorn tossed in the air. I wandered aimlessly for about 10 minutes as the sun continued to rise, mildly panicking, unable to decide where to point my camera in the face of the wonderful glittery awesomeness. Finally, my brain kicked in and I began to sort and prioritize my options. I pulled my wide-angle lens out to capture the sun shining through the icy prairie vegetation while it was still low enough to do so. Once the sun rose too high for that pursuit, I switched to my macro lens and settled in to capture close-up images of the glazed golden plants around me.

During the next three hours or so, I was surrounded by splendor, but it was a real challenge to find subjects situated such that I could actually make them into pleasing images. Everything was sparkly and bright, which made it difficult to find subjects without a distracting glare behind them. I had the best luck with seed heads or leaves that were isolated by a few feet from neighboring vegetation. Then I could either use shallow depth-of-field to blur out the background or get low enough to frame my subject against the clear blue sky.

While everything around me that morning was gorgeous, a few plant species seemed perfectly suited to their crystal coatings. The fuzzy golden seeds of Indiangrass, for example, caught the light wonderfully when wrapped in ice, and ended up in nearly one-third of all the photos I took that morning. The panicled seed heads of switchgrass were also fabulous, creating drooping clusters of glittering globes, each encasing a tiny switchgrass seed. A surprising addition was stiff goldenrod, whose compact flower heads had lost most of their fluffy seeds, but now were handsomely enclosed by clear ice.

When I finally left the prairie, it wasn’t because I ran out of beauty to photograph – it was because I was emotionally spent. I felt very much like I had just gorged myself on a fantastic Thanksgiving meal, except that my brain was full of goodness, rather than my stomach. The ice melted away pretty quickly that afternoon, but my memories from that day will stay with me for a very long time. ■ 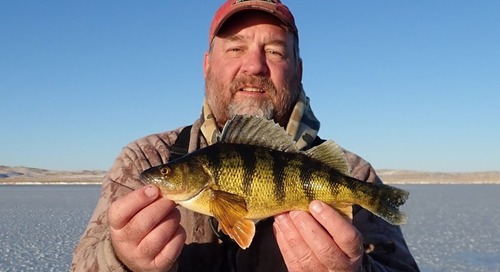 With the holidays and everything, I skipped a blog post this week.  Kinda hard to blog from a bucket on the... 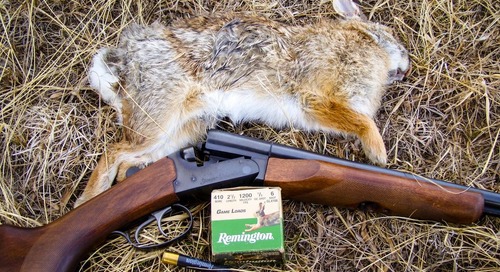 Rabbit hunting is a cure for cabin fever. With upland bird seasons closing Jan. 31, there’s not much to hun...