I have been “out” on a couple of trips in the past few weeks.  I got outta the eastern part of the state and into “real” Nebraska, back to the sandhills.  The trips were made to spend time with family and meet with co-workers, but you know the fishing gear went with me.  It always does!

I did not necessarily spend a lot of time fishing, nor did I get to fish prime times.  I will always tell you the best time to go fishing is whenever you have time!  Middle of July, middle of the day, bright sunshine, warm, if not hot, air temperatures, what to do?  Well, my son and I looked at each other and decided we might as well go bass fishing.  Largemouth bass are warm-water fish, and a person can catch bass just about anytime.  We made a couple, three trips to one of our current favorite sandhill lakes.  Yes, it was middle of the day and bright sunshine, but we caught bass, lots of them.  None were huge, but lots of fish 15-18 inches long, and as is typical of sandhill lake largemouth bass, they were fat and purdy! Now you know one of the baits we used to catch fish.  That was not the only one, we also caught fish on spinnerbaits, crankbaits, weedless spoons, and got ’em going on buzzbaits one evening.

Yes, I caught fish too. I have one other story to tell you.  Back on the Independence Day weekend, I told you we would spend lots of time with family, but do some fishing when we had time.  On the evening of the 4th itself, we went out to do some more shooting.  When things quieted, we went back to my cousin’s backyard pond.  The pond is small, mostly has panfish in it, but for years has had one big fish, a colorful koi.

We have tried for years to trick that koi into biting.  Believe me, we have tried everything.  The fish are fed artificial food, and we even have tried feeding them and then sneaking a food pellet with a hook to the koi.  That has not worked and neither has anything else we have tried.  The koi has been untouchable.

The sun was setting when we grabbed the rods and headed for the pond.  I tied on a hand-tied micro jig, a little purple marabou and a pink body.  Right after starting, the koi came swimming by.  I dabbled the jig just a few inches below the surface in front of the koi.  It did not spook, instead it swam right up and sucked in the jig.  In disbelief I set the hook.  I had the koi! My wife and kids were watching, nobody could believe it.  After all of these years, the impossible fish had been caught!  It was evening, a storm was brewing on the horizon, I guess conditions were just perfect.  The fourth of July 2022 will forever be remembered as the year the koi was caught.

Never fear, it was released.  Who knows, maybe we will catch it again?

Oh, yes, the dozens of bass we caught were released too.  They will be caught again, and they will be even bigger next time! 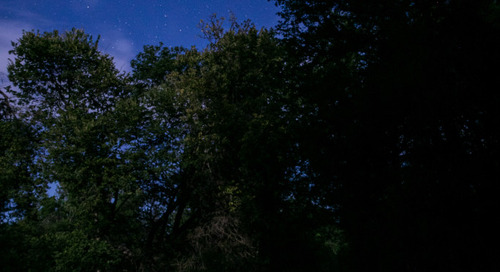 Tips for Multi-day Kayaking By Jenny Nguyen-Wheatley Kayak camping is exactly what it sounds like — a uniqu...