Home » NEBRASKAland Magazine » A Bucket of Turtles
× Share this Article

A Bucket of Turtles

Snappers in suburbia provide learning opportunities for all ages.

Jeff, I have a bucket for you to pick up,” the voice on the other end of the line said.

“On my way,” I replied, having no idea what was actually in that bucket. But it didn’t matter. When Jarel Vinduska of Gretna calls me to pick up a bucket, or photograph shell-leaf penstemon, or take a look at the carp running up his creek channel, I get in the truck and go.

Vinduska has been a longtime friend of NEBRASKAland Magazine, having pointed me in the direction of many photo opportunities through the years, so the invite to his home was already a delightful call. Then he added to it. “Bring your kids,” he said.

When the three of us showed up at his house, he walked out the front door and grabbed a white bucket from his driveway. “Turtle eggs,” he said. My daughter Madeline clapped her hands as she looked into the bucket and saw a pile of dirt. “Spray the top of the dirt with water for the next week, and then watch what happens.”

“Jarel, how many are in there?” I asked. “Twenty-six,” he replied. “I was moving dirt with the dozer and they started falling out of the pile near the pond.”

For the next six days, my kids did exactly what was asked of them, spraying the top of the dirt with a water bottle to keep the soil moist, and steadily watching the unmoving dirt.

Then, one evening after finishing another photoshoot, I checked in the bucket as I had every other day. On this night, there was a snapping turtle hatchling standing on top of the dirt. the remains of its egg in a hole beneath it. I ran through the house, not even seeming to question why I was as excited as I was, but was told by my wife Laura that I was not to wake up the kids. “If there are 25 other eggs in there, there will be plenty to see tomorrow,” she said.

She was right.
For the next two days, my kids, their friends, and these kids’ parents gathered around that white bucket repeatedly, searching for any inkling of movement from the earth. Each new hatchling was greeted with cheers as our little square of suburbia turned into something akin to what they’d see in a wildlife documentary.

And with these cheers came the questions: “How big do they get?” “Are they boys or girls?” “How long will they live?” and “Can they fit in their shells?” were some of the questions I received. Some of which I knew, and some I had to go to Nebraska Game and Parks Commission Education Specialist Monica Macoubrie to answer.

While these snapping turtle hatchlings were about the size of a golf ball, I knew that they could grow up to weigh more than 90 pounds and live for 100 years. Known for their aggression and ability to bite with their powerful, beak-like mouth, this turtle species cannot fit its head inside its shell at any point during its life. Thus, it “snaps” to defend itself. Regarding its gender, Macoubrie passed along that differentiating is tough because males and females are about the same size, but the vent is much farther away from the edge of the plastron than that of the female.

I also received one other question throughout the coming days that I wanted the answer to: what was the sharp, white object
on the tip of each turtle’s snout? “It’s what they call an ‘egg tooth,’” Macoubrie said. “This is a point on the hatchling’s snout used to break through the eggshell when hatching. After several days, it will fall off.”

When given the answers, the growing number of neighborhood kids remained fascinated, and it is a fascination that had remained constant since last September when they saw the hatchlings for the first time.

Today, we still have 18 snapping turtles. They’ve been used in educational settings in multiple school districts and shown to seemingly every kid within a mile radius of our home. And they are, quite possibly, the easiest pet we’ve ever had. Which is why we just can’t seem to release them back to Vinduska’s place like he has asked us to do when we’re done with them.

Because we’re not quite finished learning yet. ■

The post A Bucket of Turtles appeared first on NEBRASKALand Magazine. 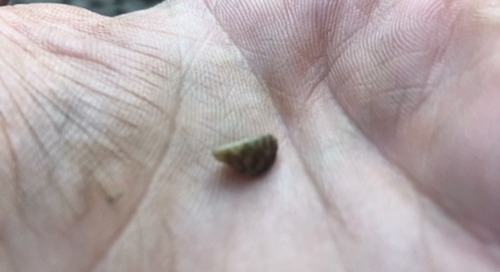 Just about a month ago I blogged about suspect zebra mussel larvae being found at Cunningham Reservoir in n... 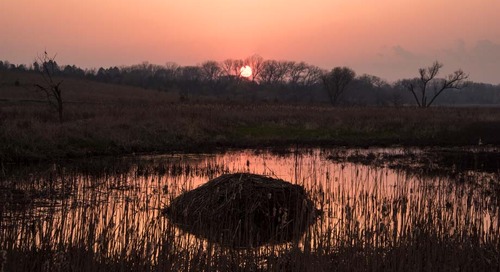 Success in the Salt Marsh

It is just before dawn in Nebraska’s eastern saline wetlands.  You sit quietly on the edge of a salt marsh ...