A Burst of Tartness

On a hot summer day, I often pop a wood-sorrel’s clover-like leaf into my mouth to experience a burst of citrusy tartness. The practice is a long tradition, as for millennia Native Americans have enjoyed them.

Three species of wood-sorrel are native to our state. The yellow-flowered yellow wood-sorrel (Oxalis stricta) and gray wood-sorrel (O. dillenii) are common, weedy species that bloom spring through fall in lawns, gardens, pastures and other disturbed habitats. The former is an annual to short-lived perennial of eastern Nebraska, while the latter is a perennial found statewide. The two species are nearly identical in appearance, and even botanists must resort to a hand lens or microscope to distinguish them: gray wood-sorrel has more hairy, gray-green leaves while yellow wood-sorrel has less hairy, green leaves. Botanists once considered them a single species.

Violet wood-sorrel (O. violacea) is an uncommon, perennial of eastern Nebraska prairie. This spring-blooming, colony-former has vibrant violet flowers and larger, fleshier leaves than the yellowed-flowered Oxalis, which I find more sumptuous. According to early 20th century ethnobotanist Melvin Gilmore, the Pawnee shared my opinion. They ate its leaves, bulbs, stems and flowers fresh and boiled.

Similar to early American botanists, Native Americans did not distinguish between the two yellow-flowered wood-sorrels. The Pawnee have several names for the plants. One is “skidadihorit,” which means sour like salt. The Kiowa’s name for the plants translates to salt weed, and on long journeys, they consumed the leaves to relieve thirst and perhaps to replace salts loss through perspiration.

The tartness of the wood-sorrels, as well as many other plants such as rhubarb, results from an abundance of oxalic acid in their tissues. In plants, oxalic acid forms salts known as oxalates. In wood-sorrels, the oxlates can be somewhat toxic if consumed in abundance and dissuade grazing by insects and larger animals. If humans consume an excess of wood-sorrels over a period, say as a salad garnish, they can suffer discomfort; a Kansas botanist confessed to having suffered swollen and irritated taste buds.

Please, do not let this dissuade you. Try munching on a leaf or two of Oxalis. You will find it refreshing.  ■ 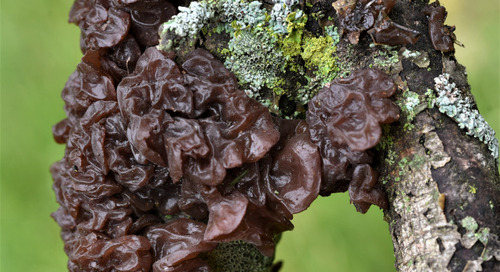 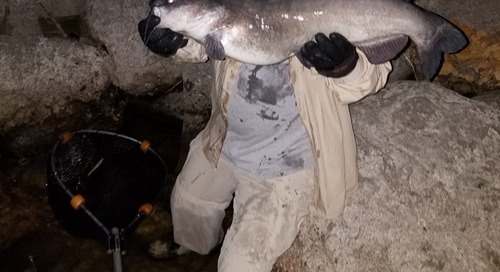 It’s hot. I will always tell you that you cannot catch anything sitting at home on the couch.  However, whe...