We just finished our fourth year of the Take ‘Em Fishing challenge.  That means it was time to hand out some prizes!

There is nothing quite like a fishing trip with family or friends, especially if a newcomer is involved.

Nebraska’s Take ’em Fishing program celebrates that and rewards those who make the effort to bring fishing into someone’s life. At the conclusion of Take ’em Fishing’s fourth year, grand prizes were awarded to Dacia Caskey of Norfolk, Lajuana Davis of McCook, Scott Grossenbacher of Lincoln and Joel Dorfmeyer of Lincoln for their efforts.

Take ’em Fishing encourages anglers to take a beginner fishing, snap a photo and submit it online for the chance to win prizes. Those who do are helping fund conservation of the state’s aquatic resources for future generations to enjoy. The four grand prize winners were selected randomly for submitting their photos.

Prizes were donated by the Nebraska Game and Parks Foundation.

Additionally, Mason Furman of Kearney won a Minnkota Endura C2 trolling motor from Ag Dryer Services/Pondtini and Jerry Newth of Holdrege won a Youth Lifetime Fishing Permit for his son from Heartland DSC and the Nebraska Game and Parks Foundation.

“Thank you to every person who spent time this year sharing their love of fishing with someone new,” said Tim McCoy, Game and Parks director. “Time spent fishing with friends and family is always time well spent.”

In the four years since Take ’em Fishing began, more than 14,000 fishing trips have been logged on the Nebraska Game and Parks Commission’s website.

To see photos and stories from the program, visit OutdoorNebraska.org/Takeemfishing.

Congratulations to the winners!

Most of all, THANK YOU to everyone who found someone and took them fishing!  Prizes or not, that is what it is really all about, and the time together and smiles are reward enough!  Even if you are not on the water doing that right now, check out the entries and photos.  They will make your day! Work is set to begin the week of Oct. 17 on a project at Memphis Wildlife Management Area in Saunders Count... 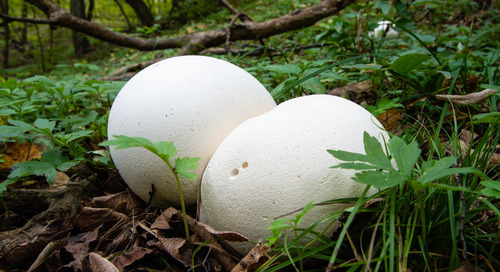 By Monica Macoubrie, Wildlife Education Specialist Humans eat them. We have about a million puns associated...