Wildlife Habitat from the Bottom Up

Billy Chromy is a big picture kind of guy when it comes to wildlife habitat.

That likely comes from his background, which includes growing up on his family’s farm in the hills near Linwood, and working as a conservation technician, game warden and park ranger before returning home, where he now farms with his father and is also a contractor who helps landowners implement conservation practices on their land.

An avid hunter, Chromy has been managing the woodlands, pasture and croplands on their farm with white-tailed deer in mind. To improve things for deer, he manages the ground for quail.

With that kind of thinking, it’s no surprise that Chromy is enrolled in many programs offered by the Natural Resources Conservation Service, including one that might be considered an oddity: placing woody debris in a stream to improve habitat for aquatic insects, amphibians and other creatures. He is one of just five Nebraska landowners enrolled in the practice through the Conservation Stewardship Program, and the only one outside of the Panhandle, where work typically involves a trout stream.

Chromy removed overabundant hackberry, elm, ash and eastern red cedar trees while leaving oaks and walnuts. He “hinged” some larger trees along the creek, cutting them halfway and then pushing the top into the stream while leaving it attached to the stump, insuring they wouldn’t wash away. Others were placed directly in the stream. With more sunlight hitting the ground and less competition, he is seeing oak regeneration and a flush of grasses and forbs.

Chromy said aside from dry years, the small spring-fed stream flows year-round on its way to the Platte River Valley. It also carries surface runoff and catches some sediment from farm fields, but not as much as it did before they implemented no-till farming practices on the farm 15 or 20 years ago. “It was just kind of existing and not thriving,” he said.

Adding the woody debris will provide a spark to the aquatic food chain from the bottom up. It will slow flows and create pools above the debris and scour holes under and below. Algae on the wood will feed macroinvertebrates and the wood will provide habitat for insects, all of which will feed amphibians and crayfish.

“The nice thing there is you add crawdads or other water-based species,” Chromy said. “That way the raccoon isn’t always raiding nests, because he’s got other stuff to eat as well.

“So then an added benefit was the fact that it was mature forest all the way around the stream, and by taking these trees down and hinging them into the water, it opened up a ton of diversity for more wildlife species outside of just the aquatic side.”
The project paired well with other habitat work he was doing in the woodlands above the stream. There, he cleared a solid stand of cedars from beneath a stand of oaks to restore a savannah. He was able to place most of the trees in the stream rather than piling it and later burning it.

“I got three things accomplished for one area,” he said.

He can now find 30 species of grasses, forbs and shrubs growing where there were only cedars, all of which can feed deer throughout the year, especially when leftover grain in crop fields is covered in snow. And he regularly finds deer bedded in the regrowth, including the Boone & Crockett-class bucks he’s managing the property for.

Chromy and his father are enrolled in several other CSP practices, as well as more in the Environmental Quality Incentive Program. They plant cover crops, manage their grazing to promote warm-season plants, plant trees and shrubs, created grassed buffer strips and waterways, and have created pollinator habitat, all while continuing to farm.

“There’s a place where they can definitely coexist and you can make a better living at your profession at the deer and the quail and turkeys and pheasants and bugs can make a better living at their profession,” Chromy said, touting the benefits of the program and his desire to see more people involved for the sake of wildlife and not one of his jobs.

“I’m a contractor by design. I do this for a living elsewhere, habitat improvement ag land restoration. So it’s self-fulfilling because of what I do for a living.

“But 60 to 70 percent of the people I contact about stuff don’t know that they could be getting funding to go to the project. Build your property for the least common denominator. Fill in the lesser species and everything else will come. The biggest thing is do something.”  ■

The post Wildlife Habitat from the Bottom Up appeared first on Nebraskaland Magazine. 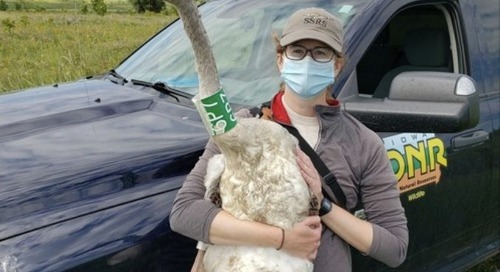 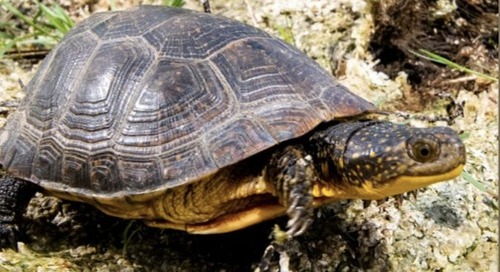