About 70 volunteers became “citizen scientists” in taking a survey of the area from 1 p.m. Friday to noon Saturday.

Amber Schiltz of the Bird Conservancy of the Rockies said good fortune came to the event from the start as a wild six-lined racerunner, a small lizard species, entered the event’s headquarters – the Wildcat Hills Nature Center. Other highlights included sightings of animals ranging from bighorn sheep to a hummingbird. Some participants camped, being treated to the sound of coyotes howling at night.

“One highlight that I loved was that we found close to 40 blooming wildflower species, which speaks to the amazing forb diversity of the area,” Schiltz said.

The Nebraska Game and Parks Commission and the Bird Conservancy have teamed up to present bioblitzes in the past, but this was the first based at the newly renovated and expanded Wildcat Hills Nature Center. The event was funded by the Nebraska Environmental Trust.

To view all the observances from the event, visit the following website:

CHADRON, Neb. – A series of ranger programs is ramping up at Fort Robinson State Park and Chadron State Par... 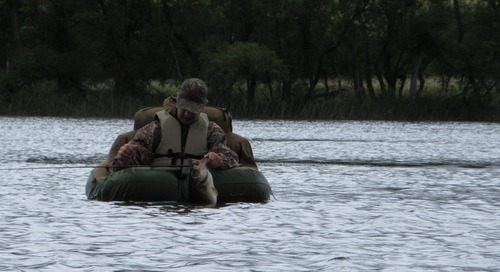 Some Bass Love for Nebraska!

Recently I found a story on-line about bass fishing, that would be black bass, largemouth, smallmouth, spot...