Morels are now being found near dead and decaying hardwood trees like cottonwoods and elms in moist eastern Nebraska river bottom woodlands.

Kepler found early season morels with the arrival of May and I did, too.

Kepler says the first morels of the season are typically the “early grays” and some “little yellows” that show up in river bottom woodlands. “Those grays blend in well and can have very tiny caps about the size of the tip of your little finger.” The best advice he offers to early season morel mushroom hunters after the small grays and the little yellows is to slow way down on your foraging expedition. “Treat it like a still-hunt,” he further emphasizes.

Kepler also advises to specifically search for morels using a star-like pattern to thoroughly comb an area for the prized culinary delicacies which have a rich, succulent, nutty, meaty, earthy flavor to them. A zigzag, crisscross pattern works to not miss any of the scrumptious fungus as well.

Keep in mind that morel mushrooms have a symbiotic relationship with certain species of trees and tree root systems.

When it comes to exactly where to find morels in mature, old growth woodland habitat, the renowned foraging expert says to look for freshly dead hardwood trees – those hardwoods that have been dead for one, two or maybe three years.  He prefers to hunt for morels around dead and decaying cottonwood, elm, ash and apple trees with some bark still on them and some just bark starting to peel off.

“Read the trees,” recommends Kepler, who is also known as the tree whisperer. “Follow the limb systems from the trunk to their ends. Look up, look down. Really examine the leaf litter on the forest floor, especially where a more open forest canopy allows rays of sunlight to enter and warm the moist, loose soil. If you find one morel mushroom, there are going to be more, so keep looking. I have picked over 300 of them in one location.”

In addition, Kepler elects to look for morels in areas that have been recently burned or where the soil has been disturbed.

Initially, morels come out in woods along rivers like the Platte, Elkhorn and Missouri. As the morels 4 to 6 week season progresses, mushroom hunters need to eventually work their way up to moister, hilly forested areas above those rivers. The morel growing season usually runs from mid April into late May but rarely much longer. I typically find morels just after Mother’s Day in the hilly woods above the rivers in southeast Nebraska. This year the morel season is expected to be much shorter due to weather-related conditions so mushroom hunters need to be ready to go quickly.

“If we have some sunny days after rains, take to the timber for morels!” exclaims Kepler.

Even though the landscape has been dry in the Midwest, Kepler told me it has been said by mycologists (Those who study the properties of fungi) that if wetter than normal springs and rising temperatures are a long-term trend, climate change could lead to an increased harvest of the morel mushroom. The fungus thrives in moist, warm soil with rich organic matter.

It is fascinating to note that once forth, an individual morel mushroom will continue to grow for up to 7 days. After that period, the morels get mushy and then dry out. The good thing, however, is that not all of the morels in an area come up at the same time.

Anyone planning to morel mushroom hunt in Nebraska needs to know that they have to get permission before treading on private land, whether it is posted or not. Trespassing runs the risk of having mushrooms confiscated and receiving an expensive trespass citation. Theft charges may also be filed.

Morel mushroom hunters should always know and respect property boundary fences. Find out what those fences look like ahead of time.

Morel hunters must also be aware that it’s illegal to park at bridges along public roadways. Those kayaking or airboating are reminded that river sandbars and woodlands are almost always privately owned and that permission must be obtained to go there to look for morels.

Among the necessary pieces of equipment for hunting and harvesting morel mushrooms are a good footwear (pair of hiking boots or shoes with adequate ankle support and comfort), mesh bag or well-vented collection basket or bucket (these allow morels to breath, keeping them fresh and letting some of the sand and bugs fall out while perhaps spreading spores), plus pocket knife (for gently cutting stems), walking stick (to carefully move leaves and debris out of the way to reveal morels), bottle of water (for personal hydration), insect repellent (for ticks, mosquitoes and gnats),  and an iPhone or Android (for photos and to also mark spots).

Mushroom hunters should be careful to not intentionally disrupt wildlife or cause damage to their homes (nests, dens, etc.), and make certain to pack out all trash and recyclables.

With reference to safety when foraging for morels, always go with a partner, wear clothing colors that are conspicuous (e.g. blaze orange), apply insect/tick repellent, steer clear of spring wild turkey hunters and their camouflaged blinds on state wildlife management areas, avoid stinging nettles, poison ivy, etc., and positively identify the quarry (according to Kepler, don’t pick and eat any mushrooms red in color. “If they are red, you are dead,” underlines Kepler.)

Descriptively, morels have a round to cone-shaped cap that is honeycombed with pits and ridges that resemble a sponge. Morels have a short stalk and are hollow through the cap and stem and host a warm brown to tan or yellowish color. When gathering, it is important to try to pinch the morel at the base and gently twist to break the stem or carry a small knife to cut the stem.

Did you know that other tasty wild edibles grow in spots near or amid the woods where morel mushrooms are found? Wild asparagus and Dryad’s saddle are among those and should not be overlooked, points out Kepler.

Morel mushroom hunting is a wonderful way to begin the foraging lifestyle and enjoy wild surroundings in the springtime. Kepler quips: “It’s a fun treasure or scavenger-type hunt with exceptionally delicious rewards.” Kepler emphasizes that kids should be included on any morel hunt for the challenge and to learn about nature. “Also, being closer to the ground, once kids get a feel for finding morels, they are likely to detect more than the taller adults,” he highlights. Kepler and his wife, Mary Frances, take their grandchildren out “morelling.”

I know that you don’t need to have an excuse to be outdoors in Nebraska during the springtime, but it’s sure easier to justify when a skillet full of golden fried mushrooms are on the stove destined for your dinner plate!

Tersh Kepler can be reached through his website by clicking this link: Morel Mushroom Supply.

The post What to know about the morel mushroom hunting season that has begun appeared first on Nebraskaland Magazine. 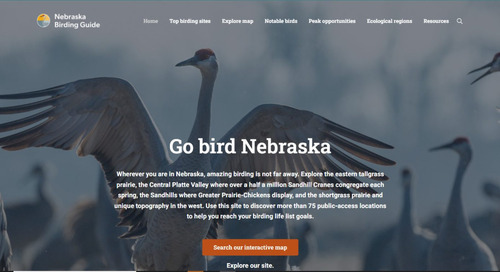 By Olivia DaRugna/Nebraska Game and Parks Commission Birding is becoming one of the fastest growing outdoor... 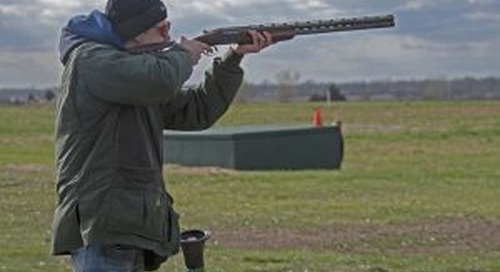 Cornhusker Cup champion Mason Gerdes had a strategy for shooting in the blustery winds of the 52nd Cornhusk...