What Lurks Beneath, Stream Sampling

I like to give updates whenever I can on some of the fish sampling our Game & Parks fisheries biologists are doing around the state.  Admittedly, in most of those updates I have showed pictures of fish sampled from our state’s lakes, reservoirs, pits and ponds.  We also do work on a variety of rivers and streams in Nebraska including cold-water streams that support year-around, reproducing populations of trout.  I mentioned some of that cold-water stream sampling earlier this year, referred to a blog by my co-worker Justin Haag, Fisheries Biologists on Horses???!!! ; I want to mention some more stream sampling here, this time on Long Pine Creek.

Electrofishing is a great way to sample a variety of species of fish.  On standing waters, lakes, reservoirs, pits and ponds, boats are rigged with electrofishing gear so that fish can be collected by slowly motoring in shallow water putting an electrical field in the water surrounding the boat.  The same thing can be done in small streams, except the “boats” are a lot smaller.

What you see there is a small “barge” that contains the electro-fishing “gear” including a small generator.  When in use, current is run to wands held in the water by a couple of crew members.  As they slowly wade upstream, fish are attracted to the wands, then stunned.  A couple other crew members immediately downstream then net the fish in dip-nets.  A cooler on the barge serves as a “live-well” for holding  fish.  Once they are removed from the electrical field, the fish recover.  Fisheries biologists can collect length and weight data from the fish, if desired also collect structures for age and growth determination, and then release them unharmed back into the water from which they were collected.

Oh, did I mention that non-leaky waders must be worn?

I will not bore you with a bunch of data, but let me say the electro-fishing sampling is done on several different stations along different sections of a stream.  Over the years the data that is collected from those Nebraska streams that are sampled is very representative of the fish populations in those waters.  That information is extremely valuable to pointy-headed fisheries biologists as it indicates the health of those fish communities and how they respond to fisheries management techniques like habitat enhancements and harvest regulations.

Let me just say that Long Pine Creek always has very good numbers of brown and rainbow trout, more browns than rainbows, with lots of those fish being  8- 12 inches.

I will not say that I heard any stories of monster trout being sampled this time, and I will always tell you that when sampling fish populations we are NOT trying to collect the largest individuals.  Fisheries biologists want a representative sample of the fish present.  However, we all like seeing big fish, and from time to time some beauties are sampled from Long Pine Creek.

And one of these days I am going to catch, and release, one!

The post What Lurks Beneath, Stream Sampling appeared first on NEBRASKALand Magazine. 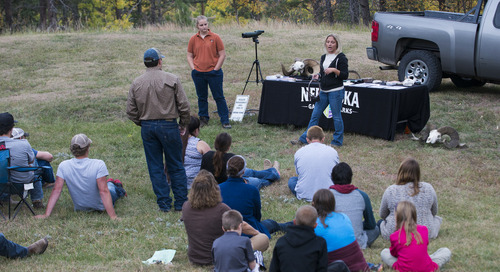 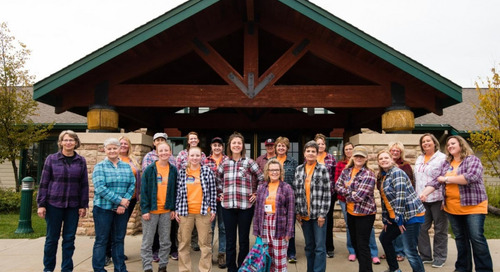 Our recent 80 and 90 degree days might lead you to think otherwise but September 22nd was the first officia...