I had an unsuccessful rifle season last year, so I decided to attempt deer hunting with a muzzleloader in December. I am a self-proclaimed “meat hunter,” so a season choice tag gives me “the best bang for my buck” — except that I wasn’t looking for a buck. It turned out that I got one anyway.

As I turned “her” over, I realized that she was a “he.” It was the first time I had ever shot a male deer, and recalling an Instagram post that I had seen about a deer testicle sandwich earlier that week, I became inspired. My husband winced as he watched me take more of that deer home than he would’ve.

If you enjoy rocky mountain oysters, or I guess “prairie oysters” in these parts, then you’ll enjoy deer testicles — the taste is similar. The deer was young, so sliders, and not a whole sandwich, was the way to go. For those who haven’t tried this odd delicacy, the flavor is mild, like minced chicken breast, and the texture is soft and light.

1. With a sharp knife, cut through the tough outer membrane of each testicle. Carefully peel away the soft interior. I don’t know what it’s like on older deer, but these were extremely delicate, and a tad tricky to peel away from the membranes. I used the edge of my knife to gently scrape them out.

2. Place each testicle between two sheets of plastic wrap and gently flatten them.

4. Heat olive oil in a pan. When it begins to shimmer, fry the coated deer testicles in the pan until golden on both sides. It will firm up as it cooks.

5. Line a small baking sheet with foil. Assemble the bottom halves of each roll with a fried testicle, mozzarella cheese, marinara sauce and red pepper flakes. Leave the tops of the rolls off, crust-side facing up. Broil until cheese melts and bread becomes toasty. Enjoy and try not to burn your tongue.  ■ 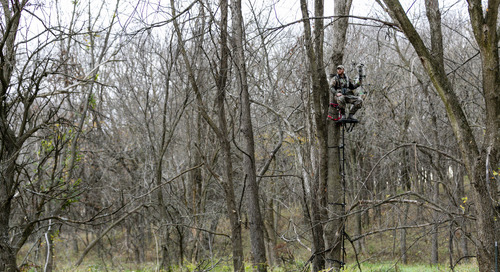 Most hunters think that an accident won’t happen to them, but anyone who has fallen from a tree stand thoug... 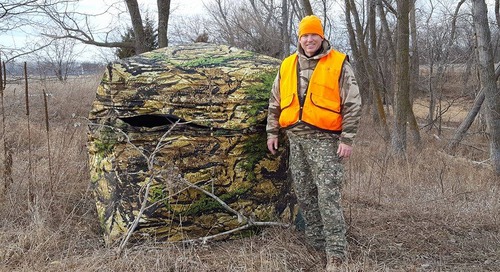 Deer hunting is so much more than just deer hunting

Someone once said: “Deer hunting is a lot about nothing.” “Nothing,” really? In my view, that statement is ...