The lakes on the Valentine National Wildlife Refuge have been some of the most unique and best fisheries in Nebraska for a long, long time.  Several generations of Nebraskans have stories of pulling big beautiful panfish, pike, and largemouth bass through ice holes drilled on those Valentine Refuge lakes.  The open-water fishing has provided just as many memories.

In conjunction with the U.S. Fish & Wildlife Service which owns and operates the refuge, the Nebraska Game & Parks Commission through its Aquatic Habitat Program have been making some improvements on the Valentine Refuge.  Those changes will ensure a bright future for more generations of Nebraska anglers fishing the Valentine Refuge.  If you have a chance, be in Valentine on October 5 to see what is going on!

LINCOLN, Neb. – A public informational meeting regarding the Valentine National Wildlife Refuge fisheries will be held Oct. 5 in Valentine.

The meeting, hosted by the refuge and the Nebraska Game and Parks Commission, will be held from 7-9 p.m. at the Niobrara Lodge, 803 E. U.S. Highway 20.

Presentations will be given on improvements over the past several years, ongoing fish management surveys, fish populations for individual lakes, plans to eradicate common carp, and proposed future fisheries management actions. Following the presentations, attendees can get their questions addressed and discuss concerns and ideas at various information stations covering a variety of topics about fisheries management at the refuge.

For more information, contact Refuge Manager Juancarlos Giese at 402-376-1889 or juancarlos_giese@fws.gov or Game and Parks’ Zac Brashears at 402-376-8080 or zac.brashears@nebraska.gov. 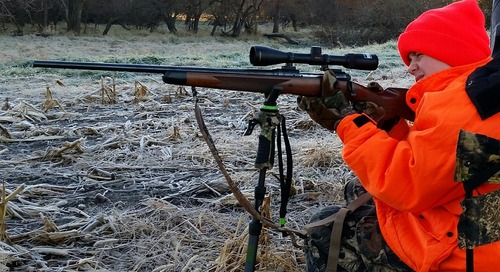 Where to Begin – Learn to Hunt

The first step in any journey can sometimes be the toughest one to take.  Hunting is no different. If you w...