As I often do on my blog, let me start with the news release:

LINCOLN, Neb. – In preparation for a rotenone treatment in 2018, length limits on largemouth bass and northern pike at Pelican Lake will be rescinded Dec. 1 through Aug. 1, 2018. This action begins the second phase of the Valentine National Wildlife Refuge Aquatic Habitat Project.

Pelican Lake anglers may harvest these bass and pike by rod and reel. Bowfishing harvest is allowed during the archery game fish season of July 1 through Dec. 31. Daily bag limits will remain in effect, and fish cannot be sold or transported to other waters. The Nebraska Game and Parks Commission also will salvage game fish and transfer them to other public waters prior to rotenone treatments.

The goal of this Aquatic Habitat Project is to eliminate common carp from lakes in the northwest portion of the refuge with rotenone renovations. They will start in the upper part of the watershed and proceed downstream. Of the refuge’s nine fishing lakes, Duck, Rice, West Long, and Watts are free of common carp.

Over the next four years, plans are to treat the remaining lakes to eliminate carp while providing fishing opportunity. The renovation schedule is: Pelican, School and Whitewater lakes in 2018; Hackberry in 2019; Dewey in 2020; and Clear, McKeel and Willow in 2021. Several of these lakes are not open to fishing, but they contain carp and are connected to fishing lakes during high water.

The removal of common carp will allow for enhanced fisheries management options. Game and Parks staff will recommend regulation changes in 2018 that would take effect in 2019, if passed. Plans are to manage Duck, Rice, Watts, West Long, Pelican, and Hackberry lakes for quality panfish fishing, with an emphasis on bluegill, black crappie and yellow perch. Pelican will be managed for trophy bluegill. Dewey, Clear and Willow lakes will be stocked with bluegill, yellow perch, black crappie, largemouth bass and northern pike.

In recent years, several improvements have been made to the refuge’s nine lakes open to public fishing. Those improvements include roads, angler and boater access, dredging of channels to improve water movement between lakes, and installation of carp barriers on water-control structures.

Then let me tell you that there is more to the story; even though that is a relatively long news release there is even more in the December 2017 NEBRASKAland.  Look at pages 54 and 55 for this story by Eric Fowler: I have fished the Valentine Refuge lakes for a long time, on ice and liquid water.  Northern pike, largemouth bass, yellow perch, bluegills, even a pumpkinseed and a grass pickerel have found the end of my line dipped in the holy waters of the refuge.  I have fished those waters for most of my life, some of my first ice-fishing memories are on Pelican Lake, and I plan to fish them for the rest of my life however long that may be.  I can tell you that I am excited about the future of those fisheries, and I believe the fishing will be as good and even better than it has been!  Up until now, we have never had the technology nor opportunity to do the work that has already been done or what is planned in the next few years.  Do not get me wrong, I continue to tell folks the Valentine Refuge lakes are some of the finest fisheries in the state, right now, but I have also seen them when they are better.  That is where we are heading, and I cannot wait!

LINCOLN, Neb. – Applications for multispecies Super Tag and Combo lottery permits will be accepted by the N... 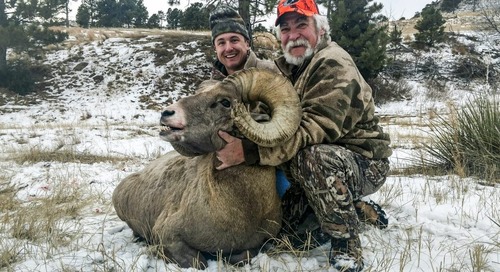