Let me give you a little update on a recent renovation that was completed.  Again, let me start with the news release:

LINCOLN, Neb. – Lake 5 at Two Rivers State Recreation Area has been renovated to remove unwanted species that invaded the lake during the 2019 spring flooding, which connected the lake to the Platte River.

In preparation for the treatment, biologists salvaged smallmouth bass and relocated them to Two Rivers Lake 3 as well as Big Elk and Portal lakes, two newly constructed reservoirs in Papillion.

The trout stocking program will not be interrupted and will resume in the spring of 2022. Smallmouth bass also will be restocked after the renovation.

Funding for the project was provided by the Wildlife and Sport Fish Restoration Fund. For more information, contact the Nebraska Game and Parks Commission’s Southeast District field office at 402-471-7651.

I do not have any photos of the work to show you, but I do have some of the aftermath. . . . Usually we do NOT pick up dead fish following a renovation.  Nothing in “nature” goes to waste, and dead fish are recycled back into the system.  However, in this case, on a heavily-used State Recreation Area, our Parks personnel chose to dispose of some of the dead fish: I went over the next day.  There were still lots of dead fish on the shorelines. There were a lot of dead gizzard shad: Lots of small bluegills and crappies too as well as a surprising amount of small bullheads.  Yes, there were some dead goldfish: Now know this, the number of adult smallmouth bass salvaged from Two Rivers Trout Lake was a few dozen, not many.  As the news release says, those few dozen fish were split between three stocking locations–none of them received very many adult bass.  However, yes, some of those were nice-sized smallmouth bass; some were really nice! 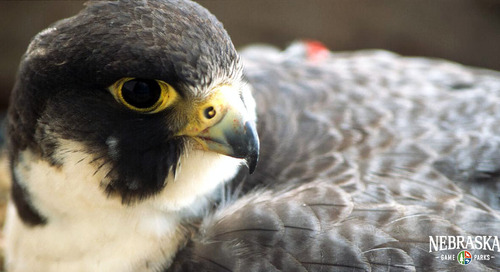 LINCOLN, Nebraska — A new set of resources available to teachers in eastern Nebraska highlights the recover...