LINCOLN, Neb. – Nebraska’s shotgun turkey season appears to be off to a good start one month after a catastrophic flood and severe winter storm hit the state.

The Nebraska Game and Parks Commission continues to assess damage on its properties as cleanup and repairs have begun.

For hunters, turkeys that likely had been displaced from traditional spring habitats, such as riparian areas, likely will begin returning to those areas soon. Hunters should find turkeys breaking up and spreading out.

Reports in northwestern Nebraska include many hunters in the field seeing numerous turkeys. Roads closed in that part of the state by the winter storm are gradually opening, improving access to hunting areas. There also are reports of excellent hunting success in southeastern Nebraska.

Several wildlife management areas (WMA) remain closed to the public because of impassable roads. Those who hunt WMAs along major river corridors are encouraged to call their local Game and Parks district office for status updates before venturing out. Some county roads to areas that were closed by flooding or snow gradually are reopening.

Visit OutdoorNebraska.org to purchase a turkey permit. The season runs through May 31.

Volunteers are a big part of the effort to clean up state park areas that flooded. Parks first began getting offers for help from volunteers shortly after the flood. Game and Parks then set up a webpage for volunteer sign-up.

A second volunteer event is scheduled for April 27 at Fremont Lakes SRA. It will include 300-400 Boy Scouts raking trash and debris on the beaches. Another 100 volunteers will remove trash and debris, move picnic tables and replant planters.

To see a list of WMA and park closures, visit outdoornebraska.gov/weatherclosures. 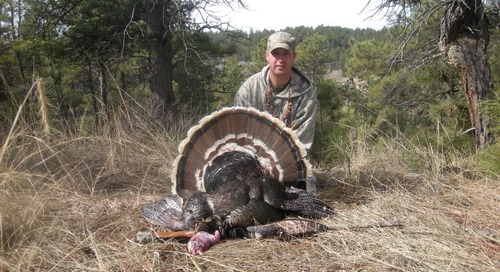 I usually have a blog post about every year at this time warning that my blogging may become a little more ...