Got out of the office for a bit today; ran over to Mahoney State Park and met one of our stocking trucks at the Century Link Pond.  Josh C. from our Calamus State Fish Hatchery was hauling some of the catcable-size, put & take rainbow trout today.  We met him there and did a quick “FaceBook Live”, while the trout were stocked.

I know, the audio and video was not the best, but we were LIVE!

We are LIVE at Mahoney State Park, where fisheries staff are stocking CenturyLink Lake with 1,500 trout.

Posted by Nebraska Game and Parks Commission on Wednesday, October 18, 2017

If you want the full list of waters being stocked with the catchable-size rainbows this fall, look here, Fall Trout Stocking, 2017.  There are some ideas there on how to catch ’em and what to do with them too!

Our fish hatchery personnel have been busy driving trout around the state this month.  Josh had been on the road one day already this week and had logged thousands of miles hauling fish the past couple of months.  All told over 83,000 catchable-size rainbows will have been distributed to 56 waters across Nebraska as we finish these stockings in the next couple of weeks.

Find a kid and GO FISH! LINCOLN, Neb. – Nebraskans wanting to donate or receive harvested deer can participate in the Deer Exchange... 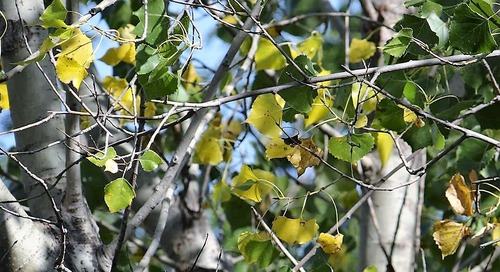