Erwin has once again safely made it back to Florida and is set to spend her sixth winter in a row in the sunshine state!  As many of you know, Erwin is our famous Piping Plover that hatched at a lakeshore housing development in Dodge County, Nebraska, in June 2011.  Over the last five years we have been tracking Erwin’s movements across the United States and she has successfully made the 1,000 plus mile journey between Nebraska and Florida a total of 11 times. That means that Erwin has flown well over 11,000 miles so far in her lifetime.

The graphic below provides a brief history of Erwin’s escapades (click the graphic to enlarge).

Thanks to Meg Rousher and all of the individuals that have reported Erwin and other color banded plovers observed along the coast during the non-breeding season. 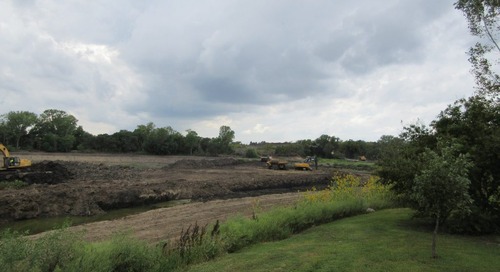 If you are in the area and you like watermelon, you might want to join us tomorrow night! Conestoga Reservo...