Double, double toil and trouble … It’s the Halloween season and a witch’s brew is not complete without a moist, edible fall mushroom or two, right?

But, guess what? We have an array of fall fungi in Nebraska perfect for your dinner plate.

The recent rainy, cool weather and subsequent sunshine and warmer temperatures should help to start bringing forth a flush of different wild mushrooms in various parts of Nebraska. The greatest variety of mushrooms is usually found from about mid September through mid November, depending on weather. Moisture matters! Head out after a few rainy, misty days and you should be in luck, as new species are likely to ‘pop up’ in good numbers.

Well, I have been an avid fall mushroom hunter and sampler for years, decades actually and below I list my top three picks (in order) for fall edible wild fungi that are not overly difficult to find, easy to identify and rated choice for eating.

These are typically found in the same mature woodland habitat where white-tailed deer, wild turkeys and fox squirrels roam.

Before you begin your search for edible fall fungus species in Nebraska though, you need to thoroughly research your quarry and be extra cautious in the woods. You need to read all the important details of mushroom gathering during autumn by clicking this link: Fighting the Fear Factor of Foraging for Falll Fungi.

Let’s not forget that in Nebraska, permission must be obtained from the landowner or their agent before venturing onto private property to forage for fall mushrooms. State park areas are open for non-commercial edible fungi collection as long as you have a current, valid state park entry permit for your motor vehicle.

Please know there are varieties of wild mushrooms that are poisonous, even deadly. If you choose to harvest and consume wild mushrooms, you will do so at your own risk.

(1) Chicken-of-the-woods or Sulfur Shelf. Admired for its looks and distinctive flavor, this colorful, shelf-like, reef-like mushroom grows primarily with overlapping, layered, fan-shaped clumps on the dead stumps and logs of hardwood trees in mature woodlands. It may appear on conifers, live trees and buried roots, too. The sulfur shelf, which has no real stem, is smooth and wrinkled. Young specimens are small and sort of possess the characteristics of a finger. Typically, the chicken-of-the-woods shows up in the same places year after year.

When it is young, the sulfur shelf mushroom can have yellowish or almost a salmon tint to it. The colors fade as the fungus ages. Mycologists will tell you that chicken-of-the-woods is a good edible mushroom for novices to find in the fall because it has no look-a-like specimens.

The flesh of this fungus tends to be soft, thick and quite moist. Keep in mind that the older this fungus gets, the tougher it becomes and will require trimming off the outer edges of the cap and hard, woody areas before cooking. Take note that “chickens” found growing on conifer trees should be treated with caution.

How does chicken-of-the-woods taste, like chicken? Well, believe it or not, it is comparable to lemon-chicken! It is best sautéd, baked or fried prior to lightly wiping it with a damp paper towel.

Like any mushroom, after it is cooked properly, just try a little bit. Some folks have been known to have an adverse reaction to chicken-of-the-woods.

(2) Oyster mushroom. The name of this mushroom is derived from its oyster-shaped cap and very short, almost missing stem. It is also close to the color of raw oysters – normally a light grayish-brown color. Some even go so far to say that this fungus has smooth oyster-like texture and a slight hint of seafood flavor that might contribute to its namesake.

Whatever the case, the oyster mushroom (Pleurotus ostreatus) is a delicious, edible mushroom found in old-growth, open, leafy woods that mimics an oyster in shape and is sought after by many of us fall foragers in Nebraska.

Oyster mushrooms grow in small, tight shelf-like groups on dying or dead hardwood trees, Some even push through bark.

The oyster is not a difficult mushroom to identify. It’s decurrent gills (those running down the stalk) are a distinguishing characteristic.

Additionally, look at the tops of the oyster-shaped caps of these mushrooms. They can range from white to brownish-gray and are usually about 2–8 inches wide. Again, the undersides of the caps are covered with tightly spaced gills that run down the stubby, sometimes nonexistent, stem and are white or tan in color. “Oysters,” as they are called, can grow in substantial numbers, and many different close groupings of them can be seen on the same tree.

The flesh of the oyster mushroom is white, meaty, and firm. It has a slightly chewy texture and is soft with an aroma reminiscent of anise.

By the way, it is a good idea to give oyster mushrooms a quick rinse under cold water to remove dirt and other particles.

When cooked, this mushroom possesses a mild, nutty, somewhat earthy flavor with that subtle hint of seafood.

Oyster mushrooms are outstanding when sautéd with onions and garlic that bring out its flavor. “Oysters” are also added to soups, pastas, stews and meat entrees.

Referred to as the woodland volleyball, the round, edible giant puffball is ivory in color, with no spots or streaks of yellow or brown or any other color, for that matter. The puffball itself is the fruiting body of the fungus.

If gills are present it is not a puffball but instead the “button stage” of a toxic gilled mushroom that must be discarded.

Also, if the giant puffball is infested with insects it should be carefully trimmed in order to avoid the infested parts. Regarding the outside skin, it is easily peeled and should not be eaten if it is tough, leathery or dirty. It is key to never thoroughly wash the puffball with water either as it will soak it up like a big sponge and become extremely soggy. The giant puffball should be gently patted with a wet paper towel for cleaning purposes.

Where are giant puffballs found? Calvatia gigantea is commonly located in open deciduous forests, meadows and pastures. It can emerge in loose clusters or singularly. The giant puffball can range in size from a baseball to a basketball.

Wondering about the texture of the giant puffball? It is said to be much like soft tofu but shrinks during the cooking process. The giant puffball has a nice, delicate, nutty flavor and is prepared in a variety of ways.

It can be substituted in recipes for eggplant and makes for a great addition to soups.

A preferred cooking method for the giant puffball involves dipping long slices of the fruiting body in a wash/batter and then frying them in a small amount of olive oil. Another popular way to prepare and cook the giant puffball is to slice quarter-inch thick strips of the fruiting body that can be dipped in an egg batter, coated with flour and cinnamon and fried until golden brown similarly to French toast. Mmmm …

Autumn mushroom hunting in Nebraska is a rewarding experience. Searching for fall edible fungi has many benefits. It offers a refreshing walk in the woods amid fall foliage, a chance to better understand forest ecology and an opportunity to see a variety of woodland wildlife, as well as an avenue to collect some delicious, healthy food. 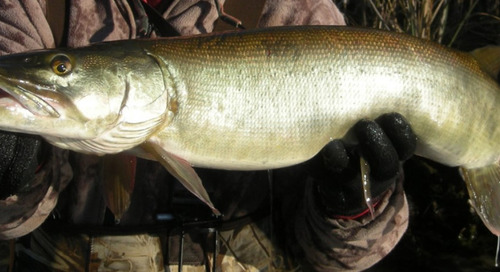 It was a lesson learned.  Unfortunately, like many things in life, it was learned the hard way. It was a be... 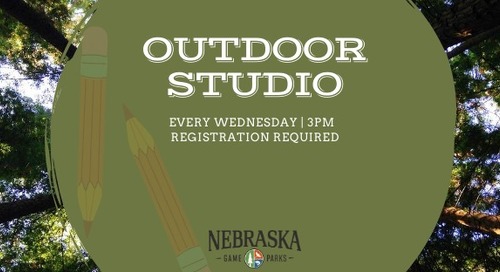