Anglers can use all the help they can get in the heat of summer when fishing gets tough.

They, and their baits, really are up against it. There is much competition in the water. Knowing when and where to fish can make all the difference for them.

“Fishing gets tough in the summer because fish have so much natural prey to eat,” says Daryl Bauer, fisheries outreach program manager for the Nebraska Game and Parks Commission. “Everything is at its peak during the summer.”

Bauer said that with the warm water of summer, fish are feeding as much or more than any other time of the year. “They don’t spend as much time looking for food, so the feeding periods are shorter,” he said.

Because of that, he said, the “prime times” to fish, when they most likely will be feeding, are early and late in the day or after dark.

Once fishing, Bauer says anglers should “find your best spots.” That can include drop-offs, places where an abundance of natural bait is seen, and places that concentrate bait and fish.

“Anglers want to be on those spots during the best times,” Bauer said.

On reservoirs, don’t forget to fish points and on smaller waters fish “ambush” spots such as under docks, piers, overhanging trees, and in aquatic vegetation.

Fish, especially in irrigation reservoirs, tend to start moving deeper in the summer because the water starts to drop with irrigation releases. “On an evening when fish are feeding, they still might be back toward shallow water but, in general, we’re going to start fishing deeper as the summer goes on,” Bauer said.

Anglers also should fish their presentations faster in warmer water, but not necessarily always. “You can fish fast to cover the water to find fish that are feeding — rather than hunkering down and fishing slow and teasing them into biting,” Bauer said.

Anglers who fish reservoirs for white bass or wipers should be looking for gulls feeding on baitfish. Those baitfish will attract white bass and wipers but also walleyes and channel catfish.

Thunderstorms may be few and far between, but anglers who are in the right place at the right time can take advantage. “If you can be right in front of a thunderstorm, it can be a great bite,” Bauer said. “You want to fish right up as late as you can until it’s not safe anymore.”

Bauer said summer is a great time to fish a scum frog on pits and ponds for largemouth bass and grasshoppers for channel catfish and grasshopper patterns for panfish and trout.

For more information on fishing in Nebraska, visit outdoornebraska.gov/fishing.

The post Tips to give anglers edge during summer heat in Nebraska appeared first on Nebraskaland Magazine. 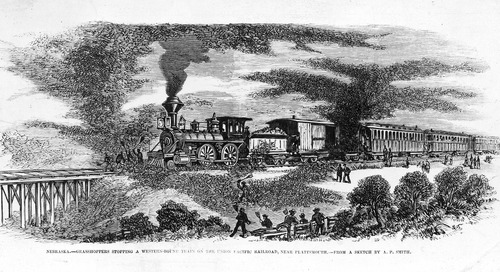 Clouds of Grasshoppers in 1874 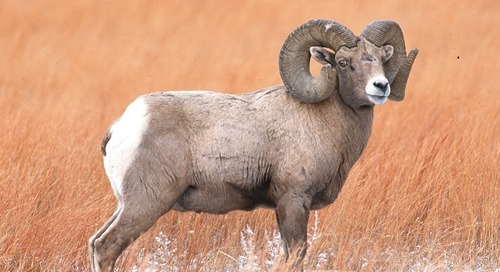 The Nebraska Game and Parks Commission will accept applications for a 2022 bighorn sheep lottery permit thr...