Well it’s here.  You can even feel it in the air already.  FALL!  Many of you have been counting the days until you will grab your bow, shotgun, or rifle and head to the field.  Nebraska is a great place for all of those outdoor activities and more.  My problem is having enough time to do all of them.  Yep, I love to hunt too, so I can understand.  But, along the way, I discovered fall also is some of the best open-water fishing of the year.

If you are going to spend most of your time hunting this fall, that is good.  I cannot blame you.  Just let me suggest you take the fishing gear along with you.  Nebraska has long been the “mixed bag capital of the world” with a variety of game many of which can be hunted at the same time, even on the same day.  It is the mixed bag capital because you can combo your hunting trip with a lot of fishing opportunities as well.

Let me ramble and mention some combos that come to mind:

Yes, you read that right.  Dove season opens first of September.  Until they start heading south in front of fall cold fronts, doves offer some fast shooting.  Bring lots of shells, but when you finish your limit, or run out of ammo, there will be plenty of time to slip over to the nearest pond and catch some bullfrogs.  You might even catch frogs from the same pond where you hunt doves.  Frog legs and dove poppers:  How’s that for “surf and turf”? Our sandhills are uniquely Nebraskan.  There is nothing quite like them anywhere.  Nothing like hiking over those hills, spread out before you as far as you can see, and somewhere in the native grass are prairie chickens and sharptail grouse.  Nestled in the valleys are wetlands, and as early waterfowl seasons open, those wetlands are full of ducks and geese.  The largest wetlands, lakes, are full of panfish, largemouth bass, northern pike and other species too.

Nebraska offers a variety of big game opportunities, especially in the far western parts of the state.  If you are fortunate, you can draw a tag for pronghorn, deer, elk and even bighorn sheep.  You you will have to head to some of the prettiest country in Nebraska to hunt some of that big game.  There also are spring-fed streams in that pretty landscape and trout swim in those waters.  The brownies and brookies are absolutely gorgeous in their fall spawning colors.

A few years back I met up with a buddy from Iowa who had an archery pronghorn tag in his pocket.  We dried off some trout at Lake Ogallala. Then he traveled a little farther west and punched his tag.

If he had hit a couple of Pine Ridge streams after his pronghorn hunt, here is what he might have found: Those parts of the state with our best pheasant populations have some reservoirs that also offer up big predator fish in the fall.  Vertical-jigging spoons, tail-spinners and blade baits can produce right up until the water starts to freeze. Those are just a few examples that popped into my head.  Do some planning, use your imagination.  Take the fishing gear with you, and you can come up with an almost infinite number of hunt/fish combos to pursue.

If you want some ideas to get started, check out the Trip Planners on the Game & Parks web page.  Those planners highlight the best areas of the state for several game species, but also suggest other activities like fishing that are available.

The post Time to Combo appeared first on Nebraskaland Magazine. 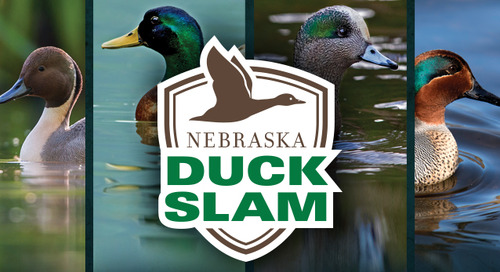 LINCOLN, Neb. – The Nebraska Game and Parks Commission, along with Ducks Unlimited, are again challenging w... 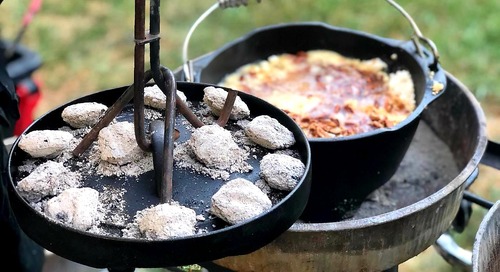 Q and A: Dutch Oven Cooking with Christy Christiansen

I love to eat, but do not cook much. I am the chef’s sampler indeed, but not a chef. There is one thing con...