If you spend time along Nebraska’s lakes and rivers, you are likely to come across the occasional large “clam” shell. These are examples of our state’s native freshwater mussels. It can be quite interesting to observe the unique shapes, sizes and colors of the 29 species found in our state, although a few of those are considered relicts, meaning only their shells, and not the living mollusk that would normally reside within, are detected. They have descriptive names like fawnsfoot, pistolgrip, threeridge and pimpleback.

Freshwater mussels are completely aquatic. Seasonally, many venture on a vertical migration to embed themselves in the riverbed or lake substrate. They are cued to do this when the water temperature begins to drop in the fall. During winter, you may be able to see a freshwater mussel filter feeding beneath the clear ice.

Freshwater mussels are often indicators of high water quality, but large-scale stream modifications have resulted in declines of many populations. The scaleshell (Leptodea leptodon) is both a federal and state endangered species. In Nebraska, it occurs only in the northeastern part of the state in the Missouri River, but it is rarely found.

The study of mollusks is known as malacology. When I recall first learning about freshwater mussels, I think of Dr. G. Thomas Watters, a malacologist, telling me that they need divine intervention to reproduce successfully. This is because they have a complex life cycle that requires a host fish to complete the process. Somewhat like a parasite requires a host to survive, a freshwater mussel requires a particular type of fish to reproduce; however, the fish is unharmed in this relationship. Some freshwater mussels even deceptively bait their host fish to then spray them with glochidia (the microscopic larval stage of the mussel). The “infected” fish swims away, ultimately dispersing the juvenile mussels that develop from the glochidia. Otherwise, the mussels would be unable to disperse to new locations. The freshwater drum (Aplodinotus grunniens) is the host fish of the scaleshell.

It is extremely challenging to locate scaleshells, and experienced malacologists have been diving to look for them without success. The population of scaleshells in our state is believed to be small. Because of the species’ limited mobility, any conservation efforts for the mussels would have to take place directly at the sites where they occur.

Native freshwater mussels provide a service to us by filtering and oxygenating bodies of water. They contribute to cleaner water. Plus, they are really cool to find. Please just watch out for the heelsplitter when you’re wading barefoot!  ■

The post Threatened and Endangered appeared first on NEBRASKALand Magazine. 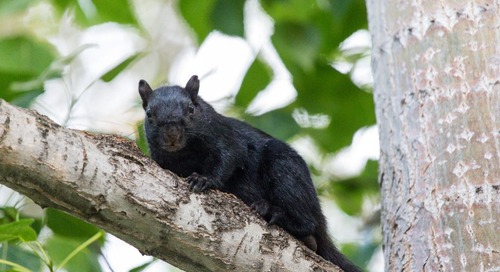 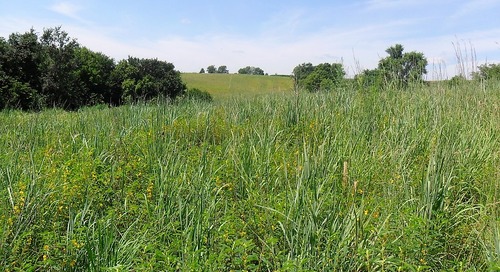 C-R-P, grassland conservation and early successional habitat. When those letters and words are brought up i...