When I placed a camera trap along a game trail in the wooded bluffs at Indian Cave State Park in 2017, I was hoping to capture a photograph of a mountain lion that had been spotted in the area. I figured it was a long shot, at best. And I never imagined the camera would capture nearly every mammal larger than a mouse that lives in those woods. To succeed on both fronts shows the effectiveness of camera traps to survey wildlife, and that while you might not see most of them when you’re hiking these woods, the forest is indeed alive with wildlife.

The first evidence of a mountain lion in the area came in 2015 from a hunter who sent a copy of a game camera photo captured near the park to Sam Wilson, the Nebraska Game and Parks Commission’s furbearer/carnivore program manager. Wilson met with the man, confirmed the report, and set up his own cameras on his land and at several locations throughout the park. His cameras have since captured the lion several times, as have the cameras of other hunters in the area. One neighbor was lucky enough to get a live look at the cat and photograph it with her cell phone. Wilson was also able to collect DNA that identified the cat as a female.

Justin Haag, Nebraskaland Magazine’s regional editor in Chadron, had been using a camera trap to successfully photograph mountain lions in the Pine Ridge since 2015. You saw many of his photos in “Lessons from Cat Country” in the November issue of the magazine. Wilson thought the chances of photographing the lion at Indian Cave were good enough that we ordered another camera trap from Jeff Dale of TRLcam, who builds them for photographers around the world. Like Haag’s, it is a Nikon DSLR in a waterproof housing, wired with three external Speedlights that allow quality photos to be captured day and night, a major step up from the game cameras used by hunters.

With Wilson’s help, I picked a spot along a game trail and set up the camera on February 7, 2017. On a warm afternoon 11 days later, I took my wife, Theresa, and son, Mace, to the park to go for a hike and change the output on the flashes to get a better exposure on the camera. Just 8½ hours later, at 11:41 p.m., it captured the first photos of the night: six frames of a Virginia opossum walking up the trail. Five minutes later, it captured a series of 45 photos, one per second, of the lion walking up the trail, pausing to sniff the trail and log where we’d placed scent, and to look at the camera.

Not only did I find that series of photos when I checked the trap, I found two more sets, one captured of the cat walking down the trail on February 26 and another walking up on March 1. Wilson and I were elated.

I moved the camera farther uphill on the trail and captured the lion two more times in the next 10 days. Each time the cat passed, it paid less attention to the click of the camera and the flash of the strobes. I moved the trap again, but captured no photos of the lion before pulling the camera at the end of May.

I put the camera back out in December 2018, capturing no photos from the first location. The second location produced the photo that leads this story, part of an interesting series you can see online of the cat noticing the camera from the next ridge and turning back for a closer look. The third and final spot I placed the camera that winter was on the main trail near that fallen tree. It was nearly successful at capturing a photo I was lacking: the cat walking directly toward the camera. I did capture her presence, but she left the trail 10 feet before she was within the pre-focused range of the camera and the range of the strobes, leaving her blurred, underexposed and partly obscured by vegetation.

With more help from Wilson, I picked a new spot for the camera last winter, placing it along a rock wall and setting up for an exposure that would only work at night. The lion posed for the camera once, providing four frames in the minute she was in the spot.

That was the sixth time she provided us with quality photos, something neither Wilson nor I could have imagined happening. Equally surprising was the variety of wildlife the camera trap captured. According to Mammals of Nebraska, a Bulletin of the University of Nebraska State Museum, if you don’t count bats, mice, shrews, voles and other small creatures camera traps aren’t designed to capture, there are 22 species of mammals that can be found in southeastern Nebraska. Of those, Keith Geluso, a University of Nebraska at Kearney professor and one of six co-authors of Mammals, said there is a realistic chance that 14 could be found in the woodlands at Indian Cave. My camera trap captured 13 of them, missing only the southern flying squirrel. If you add white-footed mice, wild turkeys, an owl and four song birds, hikers, mushroom hunters and roaming domestic dogs, the trap captured 22 species in all, and some interesting behaviors.

Whenever I recounted the species the trap captured to my wife, she asked a fair question: Why do we rarely see anything other than squirrels when we are hiking at the park?

The answer, according to Wilson, lies in wildlife behavior. “Most mammals are active at dawn or dusk or during the night and we hike during the day, so we’re out there when they are least active,” he said. “And they are shy, elusive and very aware, so although you may hike by a fox or bobcat, if it sees you first it’s not going to step out and put on a show. It’s going to hide.”

So if you want to see wildlife, the best thing to do is to go early or stay late, sit quietly and patiently, and wait for them to come to you. Like a deer hunter does. Or a camera trap.  ■

See more images from this story in the January-February 2020 print edition of Nebraskaland Magazine.

The post The Unseen appeared first on Nebraskaland Magazine. 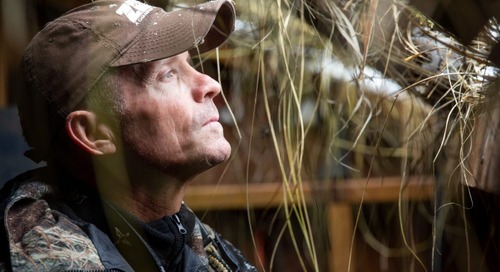 Survival On the Missouri 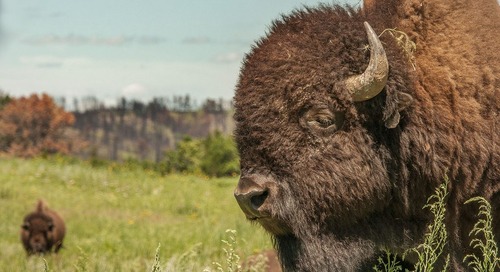 The Soul of the Prairie

What does a scarcity of bison mean for Nebraska’s grasslands? The plains bison has earned its standing as a...