Ponca State Park tree is one of the oldest in Nebraska

Nebraska Game and Parks Commission properties include some very beautiful and interesting habitats and ecological systems. Each region of the state contains a variety of wetlands, grasslands and woodlands. Consequently, unique plant specimens may be found at our parks and wildlife management areas. . Ponca State Park, one the agency’s flagship parks, is located on bluffs overlooking the Missouri River just 2 miles north of the town of Ponca. Growing in the interior of park woodlands is a bur oak (Quercus macrocarpa) estimated at a whopping 373 years old. This “Old Wolf Tree” was so named and designated as a “Nebraska Heritage Tree” by the Nebraska Community Forestry Council and the Nebraska Forest Service in 2006.

Foresters often name/identify old, large and solitary trees of any species that occupy considerable space in their neck of the woods as “wolf trees,” so named because they are wolfing up space. These old specimens somehow gained a foothold – through superior genetics, a slightly better niche of site conditions or escape by fire or animal browsing – to overtop and outcompete adjacent trees. And with this advantage in growth, a wolf tree can even shade out any seedlings that emerge beneath. Once a tree gains elder status, it will reign supreme over its section of woodlands until it grows old and dies.

The Ponca Wolf Oak was core sampled in 1964, we believe by staff of the now Nebraska Forest Service, and estimated at 320 years.

To age a tree, foresters use an increment borer to drill and extract a soda straw-sized core of wood from the tree stem. If the drill can reach the pith center of the tree from the perimeter of the trunk, a sample containing each annual growth ring may be extracted. After adding about five years to the count of rings, to account for seedling emergence and development, a reasonably accurate estimate of the age may be derived.

…this tree is undoubtedly one of the oldest in Nebraska.

Our current age estimate is determined by adding 53 years to the original estimate in 1964. Colleagues of mine agree that this tree is undoubtedly one of the oldest in Nebraska. As a timeline perspective, this tree may have emerged as a seedling on the year that William Penn, who founded the Pennsylvania Colony, was born.

The Ponca Wolf Oak exhibits very smooth bark when compared to typical bur oaks, indicating very slow growth at least in recent years. Slow growth translates to very narrow annual growth rings. So likely the Ponca tree could be much older than the State Champion bur oak, which is twice the circumference.

The park woodlands looked much different during pre-settlement in 1644. Historically, fire was the major ecological force in the Missouri River bluff ecosystem forming a mosaic of plant communities. Dense forests of basswood, red oak, black oak and hickories grew in somewhat fire-protected bottoms and on low north-and east-facing slopes. Higher on these slopes were woodlands dominated by the more drought- and fire-tolerant bur oak.

And in southeastern Nebraska chinkapin oak (Quercus muehlenbergii) also grow on these drier sites. These dry west- and south-facing slopes and ridge tops supported tallgrass prairie and an oak savannah (prairie with scattered oaks); fire discouraged the encroachment of trees in prairie sites and limited the densities of woodlands in savannah environments. Consequently, the Ponca Wolf Oak probably originally sprouted and developed with only a few other trees on its home acre.

Settlement gradually developed following the Lewis and Clark Expedition in 1804; and, fearful of fire, settlers began extinguishing any fires started by lightning or other sources of ignition. The gradual absence of fire has allowed the establishment of many other mid-canopy and understory species, creating a dense forest canopy often limiting the development of oak regeneration. Despite increased competition over three centuries, the Ponca Wolf Oak has prevailed and appears healthy. During a recent visit the foliage looked normal, with little apparent damage of fungal blight and insect damage, and only a small percentage of the crown exhibits dieback of branches.

I also noticed bulbous callus growth covering most of the limbs that had been removed or died and fallen from the crown; a good sign of tree vigor. It’s anyone’s guess how long the tree will survive, but for the short term its future looks promising.

Tree huggers like me can be odd nuts, and we often become emotionally attached to special trees, sometimes assigning a living soul to ancient woodland specimens; and as far out as it seems, we just can’t help but wonder what they have witnessed during their lifetime. How cool it would be if they could share a video story of the change in their landscape, a witness of people and creatures who passed by. ■ Mike has been a park horticulturist at the Nebraska Game and Parks Commission since 1977. 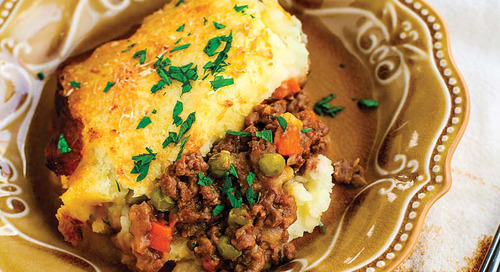 An English/Irish favorite made with wild game. ho doesn’t love a good meat pie? This one is as easy as it g... 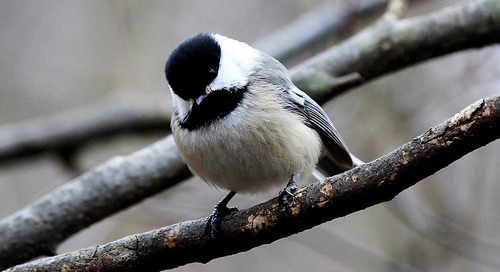 Picture yourself harnessed in a tree stand for deer hunting. You are losing light. It’s nearing sunset. The...