The life of a baby bass

This time of year is great for exploring and discovering nature’s wonders that can go unnoticed when we don’t take time to slow down.

On a recent afternoon walk around a pond, I noticed a huge school of baby bass swimming along the shoreline, hiding in the aquatic vegetation and, off in deeper water was a large, adult male bass working hard to ward off possible predators of this swarm of babies.

After watching for several minutes, I had to pick up my camera to document this natural annual occurrence that happens just below the water’s surface. Each spring, largemouth bass, and plenty of other aquatic species, see their desire to breed increase.

In preparation, the male bass will clear a bowl-shape on the bottom of a body of water by swishing the sand or mud with his tail and fins. This “nest bowl” typically is formed in 1- to 6-feet of water and can reach a couple of feet in diameter.

After his nest is made, the male tries to attract ripe female bass to lay eggs in the bowl. He then courts her by swimming next to her in the nest while nipping and butting her belly. Once a female or females lay their eggs, the male fertilizes them, a process called spawning.

It’s the male’s job to tend the nest, protecting the eggs from being eaten by predator fish. During the incubation period, the male will fan the eggs with his tail to circulate water over them. They hatch in a week or less depending on water temperatures, and the new hatchlings remain in the bottom of the nest until they are about three-quarters of an inch in size.

While there, the “sac fry” depend on a yellow yolk-type sac attached to their abdomens for nutrition. Once the yolk sac is used up and the fry are larger, they swim up from the nest and start to feed on microscopic plankton. It is at this stage that they become very vulnerable to predation by other fish, including other bass. The “swim-up fry” face high mortality.

The baby bass I observed were out of the comfort of the nest, and the male tried to protect them, swimming around them as they fed and hid in vegetation, sometimes chasing off predators. He’ll continue to try and protect the fry for some time.

As the fry continue to grow into fingerlings, which are from 2- to 3-inches in length, they begin to feed on bugs, invertebrates, other smaller fish, even their smaller hatchlings, and whatever else they can fit in their mouths.

The ones that survive turn out to be the aggressive fish that will repeat the reproduction process again and again until their time is over. These are the fish anglers love to play on their line for the sport of a good fight and the ones I like to observe as I take a walk along the water’s edge, wondering what is going on underneath it all.

The post The life of a baby bass appeared first on Nebraskaland Magazine. 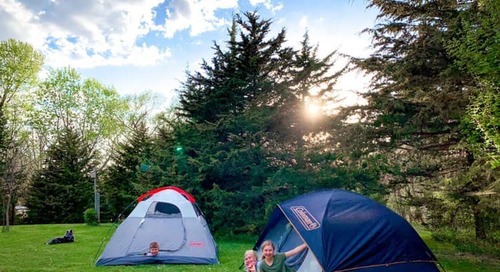 LINCOLN, Neb. – Carey Hofmeister and her family soon will be re-creating their Camp at Home, Nebraska, adve... 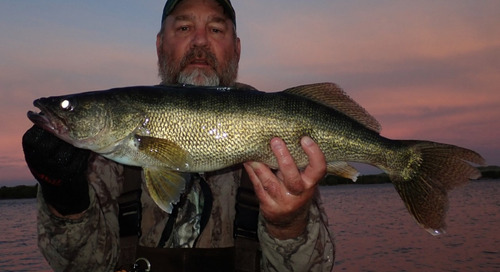 I posted a week ago that recently I had been out-fished by both my kids, Outfished. Here, I want to note th... 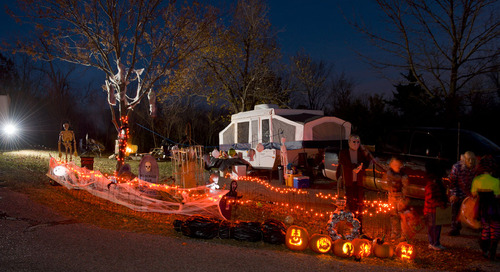 LINCOLN, Neb. — State park areas are wonderful places to celebrate Halloween in Nebraska. Many of them have family-friendly activities on weekends in October. This year is no exception. Aside from... 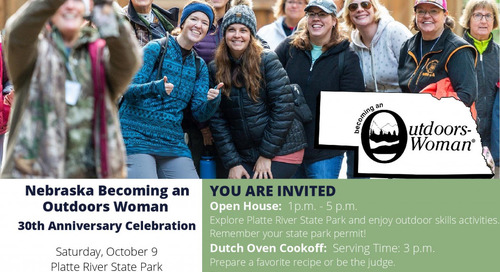