Home » NEBRASKAland Magazine » The dance of the sharptail
× Share this Article

The dance of the sharptail

If you travel far at all on many of our dirt roads, you have a good chance of a seeing one or more sharp-tailed grouse – that is, if you can pick them out with their brown, black and buff camouflaged bodies.

Sharptails, popular game birds in Nebraska, are at home on much our landscape, enjoying a mix of open grassland with some trees and shrubs.

This is certainly the time of year that grouse are most fun to watch. Gathered at communal dancing grounds, known as leks, the males point those sharp tails in the air, puff up colorful sacs on their necks, stomp their feet and rattle their tails. All the while, they make a variety of clucks, hoots and coos while squaring off against other males in an attempt to win over the females.

Whenever I am photographing birds on the lek, I am amazed at the sights and sounds before my eyes. How a bird about the size of a crow can make so much sound with its feet and feathers is truly incredible.

Thanks to an opportunity provided by the Nebraska National Forests and Grasslands, everyone can enjoy watching this annual display.

Erin Considine, a wildlife biologist for the Forest Service, has been involved in the creation of a blind for the public to use on the Oglala National Grassland north of Crawford. She said all you have to do to enjoy the experience is to show up.

“Right now it’s just first-come, first-served. If they have questions about the blind or where it is, they’re more than welcome to call,” she said.

As of last week she said they were already putting on a show, even though it’s early in the season and the males had yet to join the females.

“The males will typically start to gather and start to scout out their territory. Then you might see some females farther away kind of gathering up,” Considine said. “Then, at some point, as the spring progresses, they’ll start to converge and the real dancing and show begins.”

The blind is located on Sand Creek Road on the route to the Hudson-Meng Education and Research Center. It’s marked with reflector tape on the right side of the road just past the Drifter Cookshack.

The birds dance for two or three hours at sunrise and sunset. To catch the early show will want to be there 45 minutes before sunrise so you do not spook the birds. Yes, that is early, but I can assure you that it is a scene makes it worth getting out of bed.

The post The dance of the sharptail appeared first on NEBRASKALand Magazine. 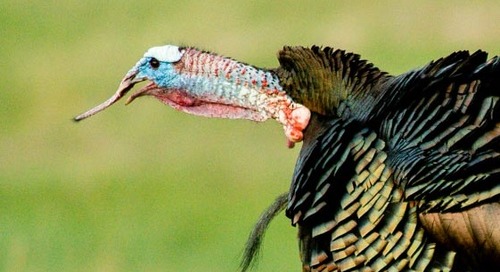 With Saturday being the opening of Nebraska’s spring turkey season – shotgun edition –  I ask this one simp... 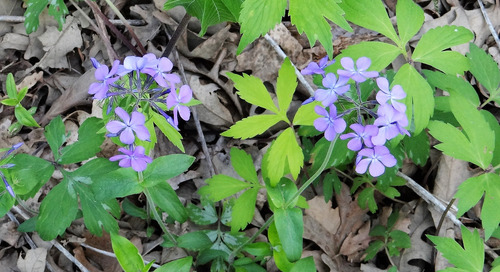 Anxiously Awaiting The First Morels Of The Season

Tersh Kepler of Omaha, NE is closely monitoring his yard for the appearance of dandelions. Why? Because, th...