Our Take ’em Fishing challenge has been completed, all the prizes have been distributed.  Let me share a few statistics with you:

We had 4,270 entries from 3,547 people.  Most participants just entered once, but some entered multiple times.  The most entries by one person was sixteen.

Forty-four percent of the entries were for first-time anglers.  Of course, most of those first-timers were kids, but some folks took their spouses and 4% even took a brother or sister!

Twenty-four percent of the entries included folks who purchased a fishing permit in order to participate.

Fifty-eight prizes were awarded.  A huge THANK YOU to all of those who donated prizes!

OK, enough of the numbers.  How can you really measure memories made?

The Nebraska Game & Parks Commission would like to thank everyone who took the fishing pledge and took someone new fishing this year. Over 4,700 people took someone fishing! We hope that you made some memories that last a lifetime. Please keep sharing your passions and taking people with you, creating our next generation of outdoor enthusiasts. We have drawn a lucky winner for the boat and will be making an official announcement on Friday. Stay tuned!

Posted by Nebraska Game and Parks Commission on Tuesday, September 17, 2019

THANK YOU to all who took someone fishing!  As you can see, besides being eligible to win prizes, the rewards were much greater than that.  The beauty is that you do not need some promotion, some contest or challenge, you can always find someone new and take ’em fishing!  Our Take ’em Fishing Challenge is over for 2019, but finding and mentoring new anglers goes on, and the rewards never stop! The post Thank You! appeared first on Nebraskaland Magazine.

LINCOLN, Neb. – Youth ages 15 and younger are encouraged to participate in the statewide youth pheasant, qu... 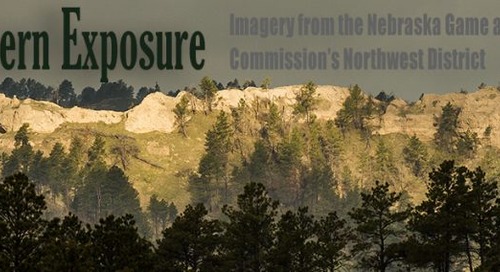 Whether it be the first sign of frost or quickly changing explosion of color, autumn brings a sense of urge...