Story and photos by Jeff Kurrus

July is the perfect time to fish for largemouth bass. Because of the heat, boat traffic on non-ski lakes is often minimal and your chance to fish your favorite spots, especially in the middle of the day, increases as the temperatures do. Whether new to dog-day fishing or a sweaty, seasoned veteran, try a few of these techniques to increase your summertime success.

“The night is where it’s at,” a longtime friend always told me before I finally started to listen. He was right. The sheer mystery of night fishing, especially with a partner, makes it that much more enjoyable. Fish weedless lures on unfamiliar waters and open up your entire tacklebox at places you’ve fished before. Usually, fish don’t hold as tight to cover as they do during the daylight, so you might be surprised what you find in the open water – especially if there is underwater vegetation.

For the hundreds, if not thousands, of times I’ve been on the water, I can count on one hand the number of sunrise bites that blew me away. Quite often, I feel as if I’m catching the same fish I would have caught had I slept for an extra two hours. However, there have been countless summer sunsets when the fishing heated up to a frenzy. While topwater options are always the norm in the late afternoon, crankbaits and spinnerbaits can be especially productive when fish aren’t hitting on top as fast as you want.

There are so many prey options in the water in July. From insects and frogs to crayfish and minnows, there is plenty to eat. But there’s nothing that seems to get fish going more than an old standard – the Texas-rigged plastic worm. Whether fished slow and weightless to swimming it through cattails and bulrushes, this weedless option has worked for decades, and will continue to do so. Red and black has been a family favorite for years at lakes across Nebraska and the rest of the country.

Fishing in July is so much fun because the spawn is over, autumn seems like a million days away, and you can pattern fish on a daily basis – as long as you’re willing to adjust. Pay attention to where you catch each fish, where you don’t, and at what depth. Last year while fishing in the Sandhills, my partner and I blitzed largemouth bass above open water submerged vegetation on Day 1, but couldn’t find a fish in that same type of water Day 2. On that day, they couldn’t have been in thicker bulrushes. Same miserably hot weather conditions, different fish locations.

Topwater isn’t restricted for twilight times. While bass sometimes bury themselves in thick cover in the heat of the day, they are still willing to violently attack nearby prey if given the opportunity. Weedless creature baits, frogs and the like will provide all the action you need once you convince yourself that they’ll hit on top in the middle of the day. Because they will. 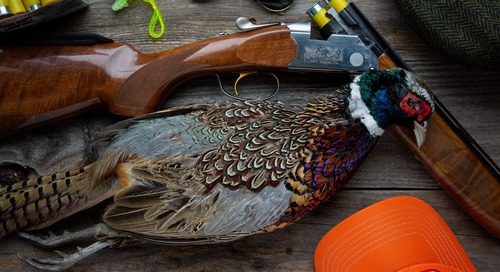 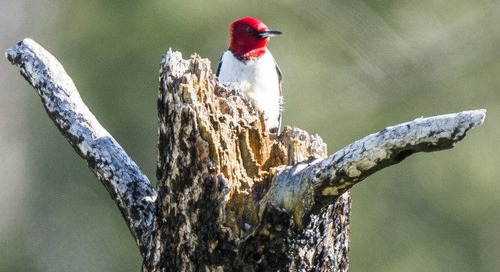 Beauty or beast, this woodpecker has an eye-catching appearance Aerial proficiency to swoop and snatch prey...