It’s one of the miracles of nature: each fall, millions of insects weighing less than one gram fly to overwintering sites in Mexico from across the United States, some traveling several thousand miles. This is the monarch butterfly, and the details of how this migration occurs are still surrounded by questions.
Since 1992, Chip Taylor and his team at the University of Kansas have endeavored to find answers via a monarch tagging program. Each year, their nonprofit, Monarch Watch, distributes hundreds of thousands of tags to volunteers willing to help them track migrating butterflies. Tagging takes just a minute or two – netting the butterfly; recording the date, location and other information; and applying a small adhesive tag to the monarch’s wings before releasing it.

Months later, locals in Mexico spend hours sorting through dead butterflies looking for tags; it can take several hours to locate just one. (For their trouble, Monarch Watch pays the equivalent of $5 per tag, about half a day’s labor.) Once Monarch Watch receives the tag code of a recovered butterfly, they enter it into a recovery database and search for the original tagger’s data. Using this information, they can calculate the distance traveled by that particular monarch. Both the tagger and tag recoverer are informed of the findings.

The tagging program has shed light on questions about the migration, such as when monarchs leave, how long it takes them to reach overwintering sites, the success rate for monarchs from different parts of the country, and how migration changes from year to year.

To tag a butterfly, all you need is a tagging kit and a quality net. Both are available for purchase at
shop.monarchwatch.org. Taylor advises tagging monarchs starting from Aug. 1 until you no longer see them.

Monarchs are easiest to catch when feeding or sitting on vegetation. Approach slowly from behind and sweep the net forward quickly. To keep the monarch from escaping, flip the end of the net bag over the handle.

With one hand holding the handle, use the other to collapse and flatten the net so the butterfly’s wings are closed. Place your thumb and forefinger over the leading edge of the wings from the outside of the net to hold the monarch still.

Then use your other hand to reach into the net and firmly grasp the butterfly’s thorax – the center body part to which the legs are attached – with your thumb and forefinger to pull it out.
To hold the monarch safely for tagging, either grasp the thorax with a thumb and forefinger, or hold it on its forewings just behind the head with your thumb and forefinger. Then simply peel off the tag and place it on the butterfly’s discal cell – a mitten shaped cell in the middle of the hind wing. You want to avoid touching the back of the tag and damaging the adhesive; use your fingernail or another object, such as a toothpick, to handle it.

After applying the tag, press down on it with your thumb and forefinger on both sides of the wings for two to three seconds, adhering the tag to the wing.
At some point, make sure to record data on your sheet, such as the tag code and sex of the butterfly. Males are easily distinguished from females by the black spots on their hind wings.
Research has shown that tagging is not harmful. “We place the tag close to the center of lift and gravity for the butterfly,” Taylor said. “When the butterfly is in the air, there’s effectively no contribution to the mass of the butterfly.”

Tagging monarchs is a fun way to participate in science, learn more about the natural world, interact with nature, and spend time with your kids. Taylor says children as young as seven can tag a butterfly, and younger children can help capture and sex them.

For Nebraska Game and Parks Fish and Wildlife Manager Kristal Stoner, participating in tagging is a way to contribute to a cause she’s passionate about, and to share it with her family. Last fall, her 9- and 12-year-olds helped her tag monarchs.

“It was really fun,” she said. “They felt important because they got to help mom with this project. Overall they think it’s really exciting, and it’s something I think they’re proud of.”  ■

The post Tag a Monarch appeared first on NEBRASKALand Magazine. 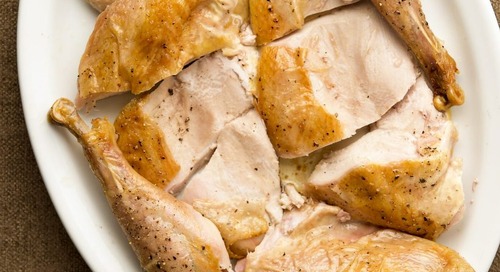 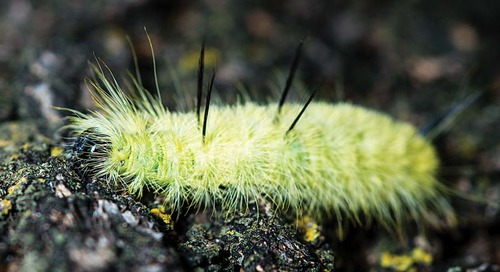 Sometimes nature sends obvious signs about what a person should not touch. Cacti, yucca plants, porcupines ...