Cameron Sonnenfeld, of Ravenna, and William Ryden, of Julesburg, Colorado, were drawn as winners of the Combo multispecies big game permits. 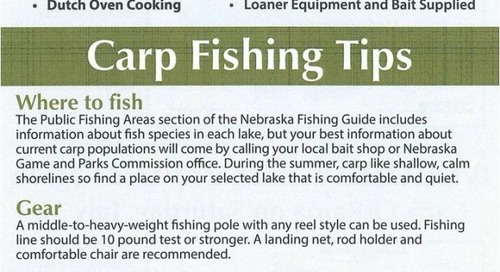 Just a reminder that this coming Saturday, July 16, is our “Carp-O-Rama” event at Lake Maloney south of Nor...

This week’s installment of the summer speaker series at northwestern Nebraska’s two state parks has been po...