Photographing Nebraska’s wild animals is always rewarding, but capturing imagery of those that reside only in specific parts of the state is especially gratifying.

I was wading up the middle fork of Soldier Creek to capture trout video with Nebraskaland intern Emily Burch last week when this little character, not much bigger than a nightcrawler, caught my eye from its perch below a small overhang.

The terrestrial garter snake (Thamnophis elegans) is one of four garter snake species in Nebraska. Dan Fogell’s “Field Guide to the Amphibians and Reptiles of Nebraska” notes that this species resides over vast stretches of western North America, but “barely enters Nebraska from the west and is found only around the Pine Ridge region of Sioux County in the northwestern Panhandle.”

Fogell’s description for the species, true to my experience, states “In the Pine Ridge of Nebraska of Nebraska they are found within ponderosa pine forests along the numerous small streams that intersect them.”

This one was just a baby, surely born in August or July. Cute, eh? 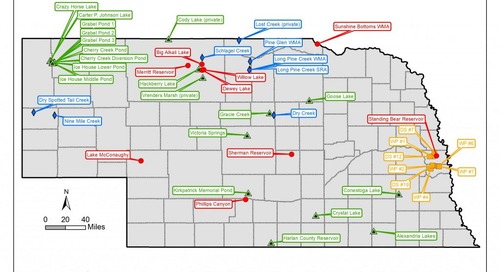 I try to blog frequently about the variety of fisheries projects, angler access, aquatic habitat projects, ... 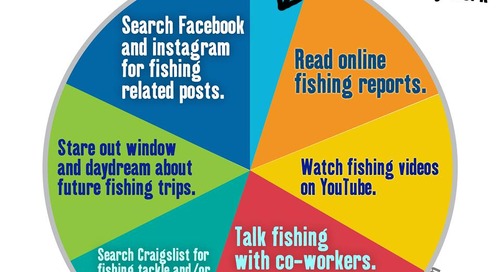 Well, I guess we have come to the official unofficial end of summer, Labor Day weekend.  I typically do not...