Wow, it is June already!  I have been sitting on a few state record applications, time to tell you about them!  I will start with the first to cross my desk this year. . . .

If you have followed Nebraska’s record fish you know that we have had quite a bit of activity for tiger trout in recent years.  Realizing that there may be someone new reading this, let me bore the rest of you with some details:  Tiger trout are a brown trout X brook trout hybrid.  We have had the rare tiger trout caught from Pine Ridge streams in years past; fish that were produced in the wild in small streams that had both brown trout and brook trout present in them.  More recently, we have been raising some tiger trout in Nebraska state fish hatcheries and those fish have been stocked in waters around the state.  Naturally, with more tiger trout present, we have seen a procession of state record tiger trout.

The latest state record tiger was caught by hook & line back on April 12.  Nicholas Batt of Elkhorn was fishing the North Platte River below Lake Ogallala when he caught a tiger trout that now will establish our state record at 3 pounds 1 ounce. Nicholas was using a nightcrawler for bait.

The growth potential for tiger trout is still much, much more than 3 pounds.  I suspect that we are going to see our tiger trout records continue to climb.

Silver carp are a species of Asian carp.  Yes, they are the species known to jump out of the water when boats motor past.  Silver carp are an invasive species and we would rather they were not present in Nebraska waters.  Unfortunately, they have been present in Nebraska’s Missouri River and tributaries to the Missouri for several years now, and they probably are never going to completely go away.

We have had a bowfishing record for silver carp on the books for over a dozen years, a record that exceeds 38 pounds now, but that is the only category for which we have had a silver carp record.

I know a couple of guys who have taken it upon themselves to change that.  Let me tell some of their stories!

His first state record for surface spearing was taken on May 9 and weighed-in at 4 pounds 11 ounces. John knew he could do better than that, so a couple weeks later he went back and on another spear toss pulled up a 6 pound 10 ounce fish. This silver carp story has another chapter; let me introduce that by including a little background biology on the fish:  Silver carp are filter feeders, they filter plankton out of the water similar to paddlefish and how they feed.  Filter-feeding fish are rarely caught on hook & line unless they are snagged or foul-hooked and that certainly has been the case for silver carp and their cousins, bighead carp.  However, I have theorized that there might be ways to get those fish to take a hook and in the past I have even written a couple of blogs postulating how it might be done, Milk Fish? Silver Carp? , Hook & Line Asian Carp?   There are plenty of silver carp out there, they get really big, and would be a hoot to catch on rod & reel.  Someone just needs to figure out how it can be done! Eric’s daughter was along to witness the accomplishment, and of course makes that picture even better!

The guys were sure to document that the silver carp they were catching were taking the “bait”, hooked right in the mouth.  This shot confirms that and for you internet scouts shows you exactly what fly was used–a #12 Brassie. Yes, there is more to the story–as I recall they forgot to take a net, had to borrow one, and as you can see the fish broke through the mesh, but that made a perfect shot of the Brassie right in the upper lip.

That started a friendly war.  John went back a week later, changed up to a Copper John, and beat Eric’s record with a 4 pound 3 ounce fish. A couple nights later, Eric fired the next shot by landing a 7 pound 5 ounce silver carp, again caught on the Brassie. That is where the record stands for now.  I have not received any more state record applications from either John nor Eric for a couple of weeks now.  Certainly, silver carp can get a lot bigger than that, so we will see how long Eric’s record will stand.  I am betting it is going to go higher, maybe much higher.

That’s all for now.  There are sure to be more state record applications cross my desk as the summer progresses.  Who knows?  Anytime you put a line in the water there is a chance that the next fish you catch could be a record!  Take a few minutes to review the rules in the 2018 Fishing Guide , and here is a complete list of our state record fish.

Let me add a quick comment because I have seen a bunch of baloney in the news again recently. . . . If you catch what you believe might be a state record fish, I will admit to you that you might not immediately be able to find the Nebraska Game & Parks Commission fisheries personnel needed to certify that record.  If that is the case, keep the fish wet, keep it cool, and it WILL NOT LOSE ANY WEIGHT.  In fact if you keep it in water, a dead fish might even gain a little weight.  Unless the fish dries out, or pukes up its last meal or expresses a quart of eggs, it will NOT lose weight if not weighed immediately.  Where would that weight go, does it evaporate?

Congratulations Nicholas, John and Eric!  Your state record certificates will be “in the mail”! 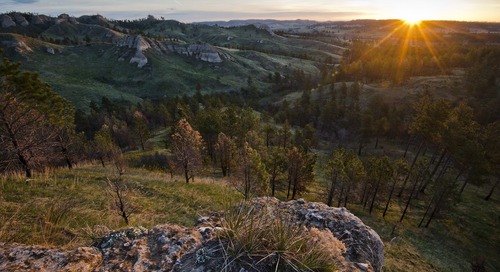 ‘Granddaddy of them all’ remains a gem

This is a big week for Chadron State Park,  the Nebraska attraction I call the “granddaddy of them all.” Ch... 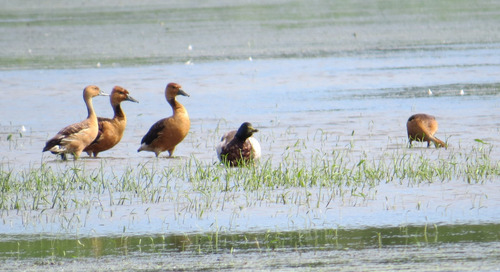 On Tuesday (6/5) evening, I was leaving a meeting with a group of folks that included Mark Vrtiska, who is ...