LINCOLN, Neb. – Hunters from around the country returned to rural Nebraska on Oct. 28-29 to partake in a coveted outdoor tradition – the upland bird hunting season opener.

Overall, hunter success on the opening weekend was slightly lower than 2016, but hunter success for pheasants was highest in the southwest and northwest regions. Good quail numbers were reported throughout the southern half of Nebraska but very few hunters were targeting bobwhites.

Nebraska Game and Parks Commission staff and conservation officers made contact with 1,445 hunters. These hunters harvested 523 pheasants and 143 quail. An additional 615 hunters were encountered on pheasant-release sites occurring on 14 wildlife management areas (WMAs). These hunters bagged 298 pheasants. More than 80 percent of roosters harvested on release sites were released birds.

John Laux, Game and Parks’ upland habitat and access program manager, said it is too early to draw conclusions on what the slightly lower hunter success means. “Lower success could suggest we had limited production this year, but we really won’t know until the rest of the crops are out,” he said.

Reports indicate the 2017 delayed crop harvest left an abundance of cover on the landscape, which proved challenging for upland hunters on opening weekend. According to the U.S. Department of Agriculture, Nebraska’s corn harvest as of Oct. 29 was 45 percent complete, well behind the five-year average of 67 percent. According to producers, harvest is delayed due to precipitation in late September and early October. In some parts of the state, high winds have caused stalk breakage and ear loss, which contributes to a slower harvest.

According to Laux, unharvested crops provide excellent escape cover for pheasants and enhance their ability to elude hunters. “It allows the birds to spread out on the landscape and is nearly impossible to hunt,” he said. “This clearly had an impact hunter success this past weekend.”

Pheasant hunting opportunities and hunter success are expected to improve significantly once harvest is complete.

The following is a report of opening-weekend hunting activity by region:

Southeast – Outside of the pheasant-release sites, hunting pressure and success were relatively low across much of the region. Most hunting activity occurred on WMAs and private lands enrolled in the Open Fields and Waters (OFW) Program. Hunters reported good numbers of quail throughout the region but relatively few were bagged. Contact was made with 325 hunters who harvested 87 pheasants and 40 quail. Conservation officers contacted an additional 257 hunters on eight pheasant-release sites, who harvested 155 pheasants.

Northeast – Hunting pressure and success were relatively low across most of the region. Cool morning temperatures provided good hunting conditions but hunter activity declined drastically after 10 a.m. both days. Field reports indicate that soybean harvest is near completion but an estimated 50-80 percent of corn was still standing, posing challenges to those afield. Contact was made with 125 hunters who harvested 39 pheasants, eight quail and two prairie-chickens. Conservation officers contacted an additional 158 hunters on pheasant-release sites (Oak Valley, George Syas, and Wilkinson WMAs) who harvested 50 pheasants. Outside of the release sites, hunting activity on other public lands was low to moderate.

Northwest – Most hunters reported seeing good numbers of pheasants and sharp-tailed grouse but very little progress had been made on corn harvest in the Panhandle. Some unharvested sorghum and sunflower fields also remained standing. Throughout the region, conservation officers contacted 200 hunters, who harvested 92 pheasants. Overall, hunting pressure in the Panhandle was relatively low and most hunters were observed hunting public lands, including WMAs and OFW properties.

Pheasant, quail and prairie grouse seasons continue through Jan. 31. Permits can be purchased at OutdoorNebraska.org. 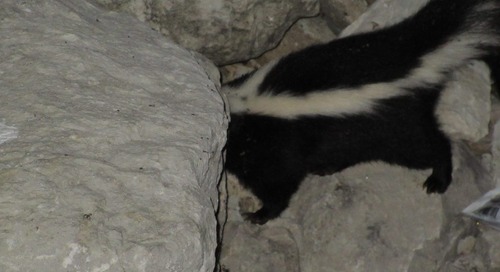 A few of us were talking a week or so ago about “scary” outdoor experiences we have had, you know, Hallowee... 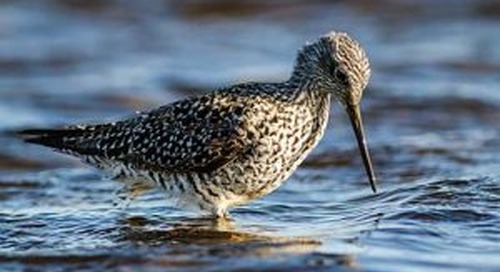 hen I worked for The Nature Conservancy near Wood River, Nebraska, I lived close to a restored wetland. In ...