Solomon Butcher came to Nebraska in a covered wagon, but quickly found himself poorly suited to the hard life of a pioneer. He failed at homesteading, taught school, briefly attended medical school, served as a rural postmaster, and opened – and closed – the first photography studio in Custer County.

Desperate to avoid going back to farm work, Butcher had a bold idea. He would produce a photographic history of Custer County. Starting in 1886, he hitched up a wagon and began visiting homesteads with his photographic equipment, accepting meals and selling photos, and making images for his history book.

“Some called me a fool, others a crank,” he recalled, “but I was much too interested in my work to pay any attention to such people.”

Butcher’s Pioneer History of Custer County, Nebraska (1901) gave him the only taste of financial success he ever knew. Later projects were less successful. But he continued making photographs, slowly building a collection of nearly 3,500 glass plate negatives, which he later sold to the Nebraska State Historical Society (today’s History Nebraska).

Butcher believed he was a failure when he died in 1927, but today his photos are recognized as a uniquely important record of settlement on the Great Plains. He captured a brief period after the area’s Native inhabitants were forced out and before the new settlers had fully established themselves. Together they are a time capsule of rapid change on the “sod house frontier.”

An exhibit featuring Solomon Butcher’s photography and associated artifacts will be at the Nebraska History Museum in Lincoln from June 15, 2019 to June 1, 2020.  ■ 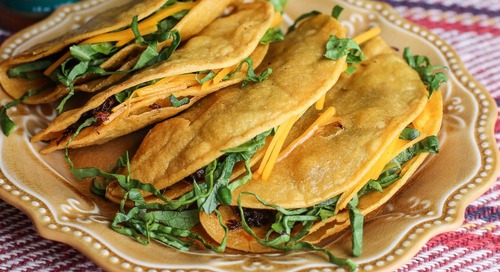 This recipe is an homage to all the cheap Burger King and Jack-in-the-Box fried tacos I ate as a teenager, ...

LINCOLN, Neb. – The Nebraska Game and Parks Commission is accepting grant applications for parks and other ...