Just as you ready your firearms for hunting season, you should also ready your knife.

Whether you are hunting, fishing, camping or simply cooking a meal for your family, a sharp knife is an essential tool. Yet, most people let their knives fall into disrepair. After working as a butcher for several years, I can assure you this is unnecessary. It doesn’t take an inordinate amount of skill or technique to sharpen a knife, and the entire process takes less than 10 minutes.
I learned how to sharpen knives from a veteran butcher of 20 plus years and a former sushi chef. The two had a never-ending competition to see whose knives were sharper. A hair-splitting blade like theirs is unnecessary for the average person, but their technique is easy for anyone to learn and works on anything from a pocketknife to a meat cleaver.

Start by purchasing a tri-stone, which is a series of three stone plates that use abrasive particles, called grit, to create an edge on a blade. Hold the knife in your dominant hand and evenly spread the fingers of your other hand across the knife blade. (see image)

Angle and pressure are very important. Most people don’t use enough pressure when they start. The wider the angle between the knife and the stone, the more durable, but less sharp the knife will be. Conversely, a narrow angle will create a very sharp blade, but requires continual maintenance. It is better to strike a balance between the two and hold an angle of 12-15 degrees. If you are unsure of your angle, place a book of matches under your blade. This will give you a good starting point.

Begin with the coarsest stone, usually around 400 grit, and apply a small amount of honing oil or water to wet the stone. Then make a series of even strokes with the knife, utilizing the entire length of the stone. Be sure the blade is pointing away from you in case you slip. Then do the same on the other side of the blade. The course stone establishes the geometry of the edge, and eventually you should be able to feel a small burr on one side of the blade. That’s ok, and lets you know you have an edge to work with.

Now, repeat the process on the medium (around 1,000 grit) and fine (around 5,000 grit) stones. If the knife was very dull at the beginning, you will have removed a fair amount on material from the knife. You will see this slurry, or mixture of liquid and tiny metal particles on your knife and on the stone. Wipe it away if you want, but I suggest leaving it because the added abrasion helps polish the blade. Lastly, using the same angle as on the tri-stone, use a honing-steel to take any imperfections out of your edge. A honing steel doesn’t remove any material from the blade, but aligns the edge on a microscopic level. If you did everything right, your knife should easily slice through the edge of a piece of paper.

Now that you have a sharp and durable edge on your knife, it will only take half the time the next time you need to sharpen it. Depending on use, this could be a week or several months. I recommend honing your knife before and after each use. Make sharpening and honing your knives part of your hunting, fishing, or cooking process. Just as you keep your rifle sighted in or fresh line on your reel, you should keep your knife sharp and ready for use. ■ 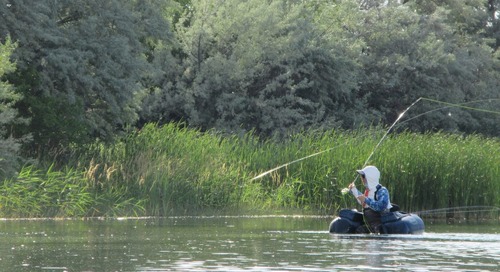 I have been around, been back and forth at least half-way across the state a couple of times in the past co... 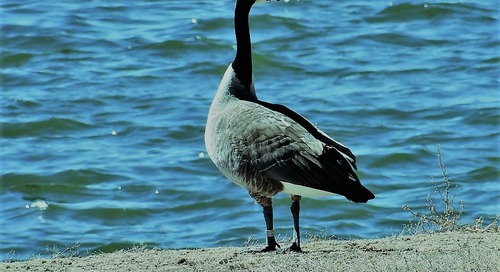 Duck and goose season may not be top-of-mind for many Nebraskans – except for the die-hards that never quit...